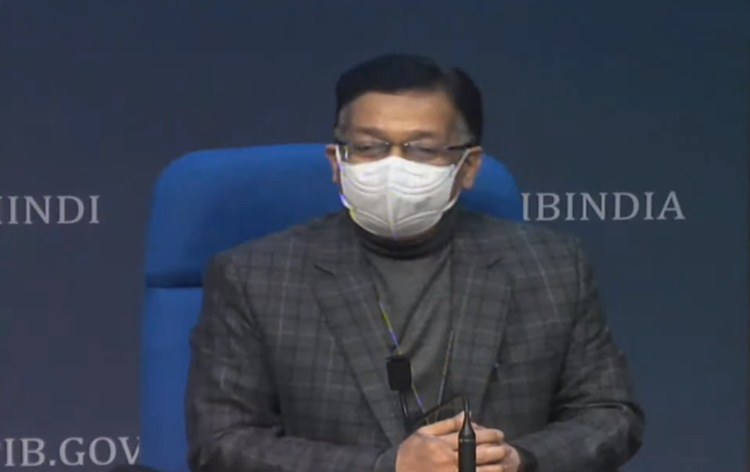 Government has said, based on the feedback of dry-run, the Government is ready to introduce COVID-19 vaccine within 10 days from date of emergency use authorisation. The DCGI on Sunday had announced the approval of two vaccines for restricted use in the country. Briefing media Union Health Secretary Rajesh Bhushan noted that the final decision lies with the government.

The Secretary said, in any immunisation programme in India manufacturers first transport vaccines to four Primary Vaccine Stores across the country from where it is transported in bulk to 37 state vaccine stores and then to districts and finally to PHCs. Mr Bhushan said, the four primary vaccine stores called Government Medical Store Depot, GMSD located in Karnal, Mumbai, Chennai and Kolkata and there are 37 vaccine stores in the country. They store vaccines in bulk and distribute them further.

The Health Secretary said, only 43.96 per cent of the total active cases of COVID19 are under treatment in health-care facilities He added that active cases per million in India is 167 and deaths per million is 108. There is a continuous decline in active cases which are now below 2.5 Lakh. India has reported only 96 new cases and 1 death per million population in the last 7 days.

Speaking about a new strain of virus, Secretary Biotechnology Renu Swarup said, the Government has launched Indian SARS-CoV-2 Genomics Consortium, INSACOG within the country and ten laboratories have been identified where genome sequencing work is being done. She said, there is no scientific data to support the higher infectivity of UK SARS-CoV-2.

Speaking on vaccines, ICMR DG Prof. Balram Bhargava said, in terms of the Indian study, 1600 participants of age group more than 18 years were recruited, their immunogenicity data is being generated.

Member (Health) in NITI Aayog Dr V K Paul said, an optimistic scenario is emerging with the pandemic situation consistently improving in the country in terms of active cases and new deaths declining.