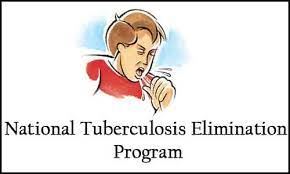 SRINAGAR:- In order to review status of the National Tuberculosis(TB) Elimination Programme in the District, the Deputy Commissioner, Srinagar Mohammad Aijaz Asad Friday chaired an Officers meeting here at the Meeting Hall of DC Office Complex.

At the outset, the Deputy Commissioner was given a comprehensive brief of the National TB Elimination Programme through a PowerPoint Presentation presented by the District TB Officer.

It was given out that more than 2.13 lakh people were screened in Srinagar District out of which 1106 people were found having symptoms of TB.

Which is a quantum increase over 2020 figure of 17308 persons screened for the detection of Tuberculosis in the district.

The DC stressed upon all officers of the Health Department to increase TB testing capacity through active and passive mode to achieve the targets under the National TB Elimination programme before 2025. He emphasized to take every step for keeping advanced TB testing facilities available at every institution and to ensure the implementation of Bidirectional TB-Covid Screening without any fail.

The DC also directed the concerned officers of the District Administration to ensure that every stake holder who is a part of TB forum shall attend the TB forum meetings whenever convened. He directed all ZMOs and BMOs to ensure that the desired targets with respect to TB Suspect Examination Rate and TB Notification Rate shall be achieved as per the target already given to them by Central TB Division, Ministry of Health & Family Welfare GOI.

The DC also appreciated the role of DTC Srinagar for engaging staff in routine active case findings especially during Har Ghar Dastak TB Mass Screening, besides the efforts for screening in Water bodies and slums.

Highlighting some of the key features of the new TB control campaign, the Deputy Commissioner stated its three strong pillars include clinical approach, public health component and active community participation. He said that the National Tuberculosis Elimination Program (NTEP) is the Public Health initiative of the Government of India that organizes its anti-Tuberculosis efforts. It functions as a flagship component of the National Health Mission (NHM) and provides technical and managerial leadership to anti-tuberculosis activities. “As per the National Strategic Plan 2017-25, the program has a vision of achieving a “TB free India”, with strategies under the broad themes of “Prevent, Detect, Treat and Build pillars for universal coverage and social protection”, the DC added.

The DC further said that the program provides various free of cost, quality tuberculosis diagnosis and treatment services through the Government health system. He also directed the concerned to organize Information, Education and Communication (IEC) activities on the symptoms of tuberculosis, and motivate people to get a confirmatory test for TB for early detection and timely treatment to reduce the TB mortality rate.