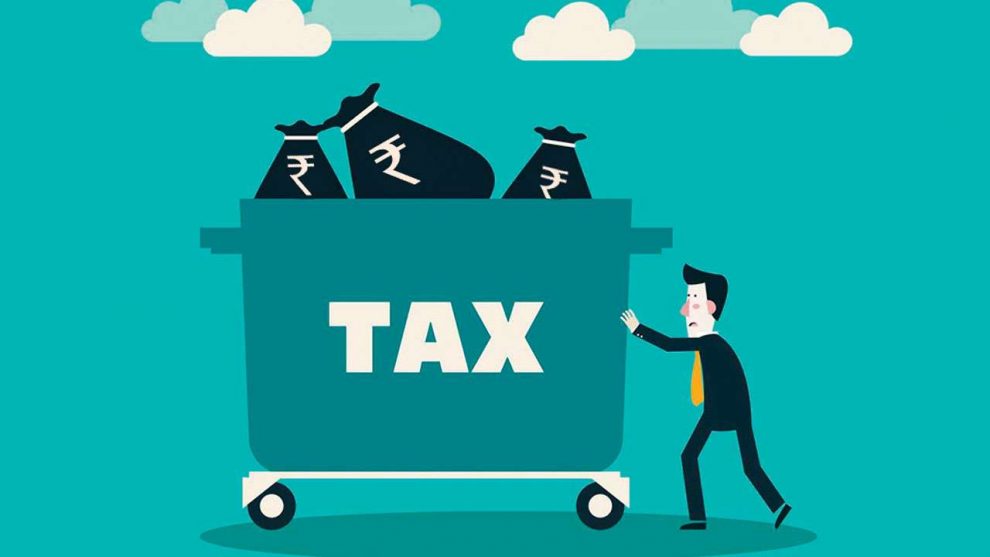 It is an ominous year now. Panic decisions and maniac actions of keeping people off work has done wonders of squeezing out taxes – GST, income tax, cesses, tolls, fees, charges, high petrol prices – and the ultimate of keeping people in perpetual hunger through severe inflation and total brake on activities.

The core inflation has hit its activity so hard that a relapse of the lockdown has led crores of traders cry for deferment of GST and other taxes. The daily business loss due to lockdown in Delhi also is likely to be around Rs 600 crore while for overall India could be around Rs 30,000 crore taking into account full lockdown, partial lockdown, night curfews and other forms of restrictions, according to Confederation of All India Traders (CAIT) Secretary General Praveen Khandelwal. Non-compliance of these stipulations, he says, will attract huge penalties on traders across the country.

So far Finance Minister Nirmala Sitharaman has refused to budge as her economy has collapsed over almost -23.9 plus another about 8 per cent since June 2020. There is no thinking, policy or revival plan except that economy is shrinking as people’s incomes are in a tailspin, markets have sagging demand and activities are at a virtual thaw after a year of inaction.

On the face of it, India panicking into inaction on March 24, 2020 was the severest debilitating process of incarceration without giving a simple thought how 130 crore Indians would survive if their livelihood was snatched away. It happened and the next three months revealed that the decisions to close down all treatments except the so-called Covid-19 had led the country to a devastating path. At least 10 crore of the 18 crore migrant workers hit the road amid loss of work, dignity and humiliation heaped on by State governments of Uttar Pradesh, Maharashtra, Odisha, Haryana, Madhya Pradesh, Rajasthan, Karnataka, Telangana and which not.

The offence could have been pardonable had a government that invoked National Disaster Management Act 2005 merely to amass power, did come out with a road map of a year ahead. But, the nation remained adrift in complacence of “having conquered” Covid-19 and patting of self back, only to realise a year later that it has once again been failed, infections are spurting, oxygen and medicines unavailable – sorry nobody ever thought the country would need these. Millions are losing lives and the State remains a mute spectator leading the courts to intervene to stop the administration from smothering voices being raised against the monumental failure.

It is a year of massive failure that the Council of Ministers on April 30 without listing an outcome, says the press release, “PM Narendra Modi said that all arms of the government are working unitedly and rapidly to deal with the situation”. The nation is still expecting an action but it is being only sounded the news of deaths and failures of the healthcare system. It is grim. It speaks volumes as the nation apparently has stopped a process for thinking and reports from countryside say that half-baked hospitals are doing more harm and how they are cremating bodies remain mystery.

“The State has failed in its fundamental obligation to protect the basic fundamental right that is right to life under Article 21”, says an anguished Delhi High Court on April 30. The bench, earlier during the same hearing, had noted the “complete failure of the State” when dealing with another petitions. There was silence and moist eyes in the court following the announcement by a lawyer who was representing the patient, his brother-in-law, before justices Rekha Patil and Vipin Sanghi. That sums up the national inaction.

It does not begin so suddenly. It appears that the nation in euphoria of collecting brownie points, has given up the thought about people’s lives or economy. It started in 2014 itself.

The Planning Commission was an institution in the Government of India, which was formulated in 1938 by supreme leader Netaji Subhash Chandra Bose, who had been persuaded by Meghnad Saha to set up a National Planning Committee. In 2014, the new NDA government decided to wind it down. It began the process of economic wilderness and whimsical decisions of demonetisation on November 8, 2016, without even caring to discuss with a woman, who bore its brunt or introduce an abandoned GST by the Congress, severe joblessness and turning India’s entrepreneurship into a naught.

It followed putting brakes on the Indian Railways during the past one year, demolishing what the nation painstakingly built strong public sector organisations, reckless destruction of central vista, an unnecessary new Parliament building and taking decisions to fill up the coffers of private companies, who have doubtful contributions to nation building. Destroying even the credentials of national institutions like HAL, which have build Sukhoi, Gnat and many others. The decision- making process was steamrolled during the past few years.

The latest indicators from the RBI on the banking system do not bring a happy note. The bank losses or NPAs are mounting. Credit squeeze is obvious. Rupee is plunging. Petrol prices are at an artificial high. The young students have become skeptical of claims and wonder if the country has not done a bit in 70 years what it aspires to sell to the sharks. Even a Project Monitoring Group (PMG) that was set up by UPA government, credit was usurped by the NDA government, not required the least, for at least Prime Minister Narendra Modi government who had so many politically dividend paying rural housing schemes, electrification, Ujjwala cooking gas and Swachha Bharat and others.

The time for corrections has come. It needs to own up not successes of Covid-19 and its relapse, failures of joblessness following the noteban, severe individual and social crisis but also how to reformulate the resurgence of a nation with the help of all the opposition, religious and social groups not for GDP but a massive survival plan of informal sector, free flow of cash and giving up all political ego.

Healthcare has now to become the bedrock but laced with a prudent economic policy even if that means forming a national government. —INFA