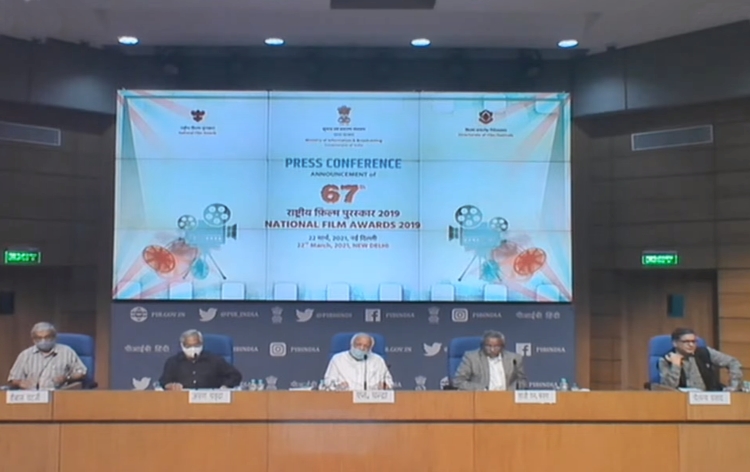 Mr Chandra said, Kangana Ranaut will get Best Actress award for her movies Manikarnika -The Queen of Jhansi and Panga. Vijaya Sethupati will be awarded the best supporting actor award for Tamil film Super Deluxe and Pallavi Joshi will get the best supporting actress award for Hindi film The Tashkent Files. B Praak will get the Best Male playback Singer award for song Teri Mitti in Hindi Film Kesari. Savani Ravindra will be awarded Best Female playback Singer award for song Rann Petala in Marathi Movie Bardo. D Imman will get best Music Direction Award for his songs in Tamil Fim Vishwasam.

Prabuddha Banerjee will get the award for background music in Bengali movie Jeyesthaputro. Prabha Varma will get the Best Lyrics award for Malayalam movie Kolaambi. Raju Sundaram bagged the Best Choreography award for Telugu Movie Maharshi. The award for the most film friendly state goes to Sikkim. Best Non Feature Film will be awarded to Hemant Gaba’s An Engineered Dream. The award for the best film critic goes to ‘Sohini Chattopadhyay.

In Non Feature Film category, Best Animation Film to be awarded to Radha. Best Art and Culture film award will be given to Shrikhetra ru Sahijata (Odia). The Award for the best Narration for Non-Feature Films goes to Wild Karnataka (English) by Sir David Attenborough. The award for the Best Music Direction in Non-Feature Films goes to Kranti Darshi Guruji- Ahead Of Times (Hindi) by Bishakhjyoti. The best book on cinema goes to A Gandhian Affair: India’s Curious Portrayal of Love in Cinema written by Sanjay Suri.