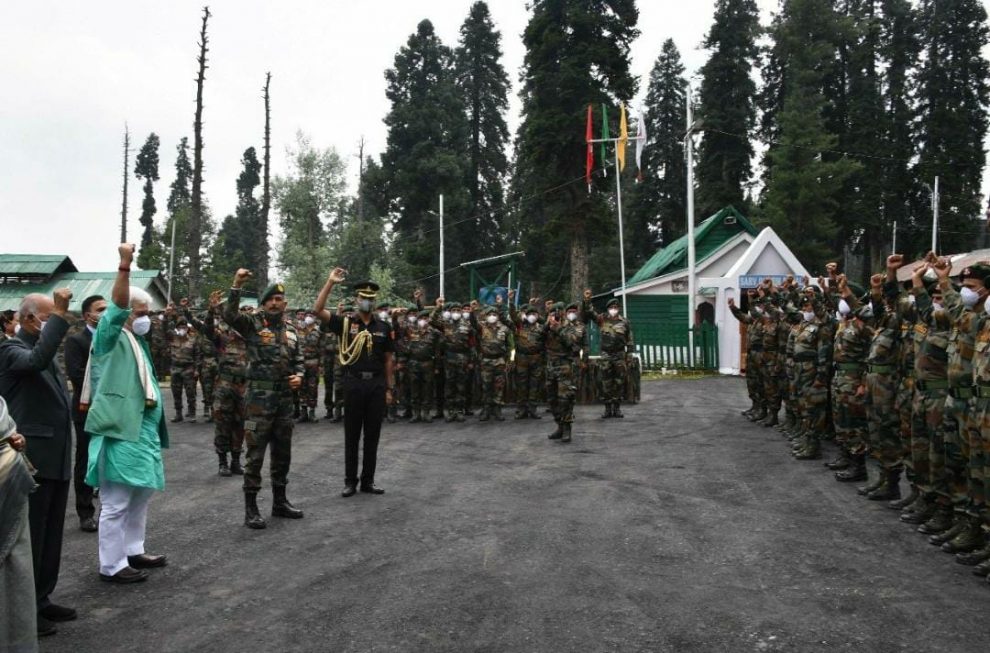 SRINAGAR: President Ram Nath Kovind, who visited the Dagger War Memorial in Jammu and Kashmir”s Baramulla district on Monday, said it evokes profound respect for the brave fighters who laid down their lives for the safety and security of the country.
Kovind was scheduled to visit the War Memorial at Drass in Ladakh to pay homage to personnel of the armed forces killed in the 1999 Kargil war, but bad weather forced cancellation of plans and he instead paid tributes to martyrs on the 22nd anniversary of Kargil Vijay Diwas at Baramulla.
Video Player is loading.This is a modal window.The media could not be loaded, either because the server or network failed or because the format is not supported.

The president, in a message in the visitor”s book at the Dagger War Memorial, wrote: “The nation salutes the soldiers and officers of the 19th Infantry Division, who have been safeguarding our borders in the most hostile terrains under adverse weather conditions as our frontline troops.”
They have scripted exceptional stories of indomitable courage, bravery and sacrifice, he said in his message.
“The Dagger War Memorial evokes profound respect for the brave fighters who laid down their lives for the safety and security of our country. I am sure that this memorial will educate the people of India about the highest values of the Indian army and inspire them. Jai Hind!” he wrote.
The president, who was accompanied by Jammu and Kashmir Lieutenant Governor Manoj Sinha, also visited the High Altitude Warfare School at Gulmarg and interacted with troops there.
“It has been a pleasure to visit the High Altitude Warfare School at Gulmarg. Established by the great General Thimayya, it has emerged as one of the most premier institutions in the field of warfare,” Kovind wrote in the visitor”s book of training school.
The president said that he was also happy to interact with the soldiers.
“I wish them success in their endeavours to provide safety and security to our country. Jai Hind!” he wrote.

LS adjourned after passage of two bills amid Oppn uproar over various issues
No plan to print currency notes to tide over crisis: FM
Comment