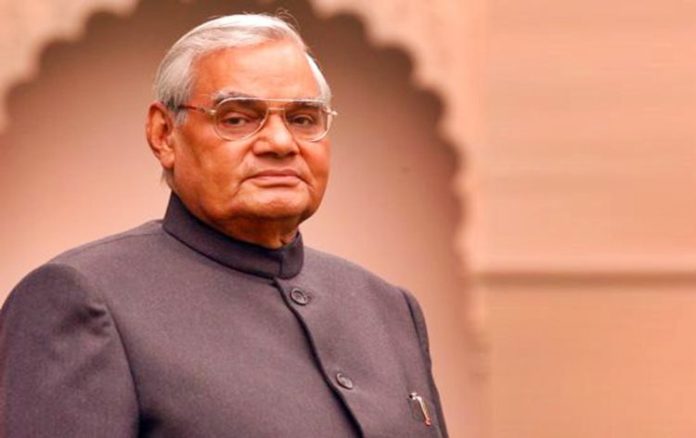 Nation celebrates the 95th birth anniversary of former Prime Minister Atal Bihari Vajpayee today. He served as the Prime Minister of India for three times. His first term was for only 13 days in 1996. He served his second term for a period of eleven months from 1998 to 1999 and then a full term from 1999 to 2004. He was awarded India’s highest civilian honour – Bharat Ratna in 2015.

The tallest leader of BJP Atal Bihari Vajpayee has left behind a rich legacy which will be remembered as well as cherished for years to come. His legacy comprises forward looking economic policies, massive infrastructure projects and development of national highways. It was under his leadership that India successfully conducted Pokhran-II nuclear tests and cemented its position as a nuclear state in 1998. Born on 25th December 1924, in Gwalior, he rose to eminence as an erudite politician.

As a foreign Minister, Atal Bihari Vajpayee was the first person to speak in Hindi in the United Nations in 1977. His personality had many facets – he was a forceful orator, a writer, poet, a selfless social worker, journalist, but more than anything else, he was a leader among leaders. Many of his poetries touched and ruled the hearts of the people.

The nation is also remembering Educationists and Freedom Fighter Pandit Madan Mohan Malviya on his birth anniversary today.Also known as Mahamana, he strived to promote modern education among Indians and founded the Banaras Hindu University at Varanasi in 1916. He was posthumously conferred with Bharat Ratna on 24th December 2014.