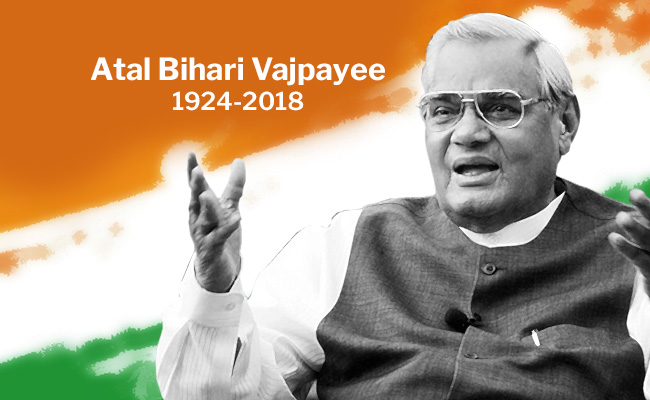 The Nation pays homage to former Prime Minister and Bharat Ratna Atal Bihari Vajpayee on his 96th birth anniversary today. The day is also celebrated as Good Governance Day. Vajpayee was elected ten times to the Lok Sabha and twice to the Rajya Sabha. He was a parliamentarian par excellence, who had the trust, affection and belief of the people in his leadership. As a parliamentarian and particularly as Prime Minister, he made innumerable important contributions which paved the way for a stronger economy through bold reforms and rapid development of infrastructure.

The book which has been compiled and brought out by the Lok Sabha Secretariat contains notable speeches that were delivered by Mr. Vajpayee in Parliament. It also contains some rare photographs from the former prime minister’s public life. Lok Sabha Speaker OM Birla, Leader of Opposition in Rajya Sabha Ghulam Nabi Azad and several Members of Parliament were present on the occasion.

Union Information and Broadcasting and Environment Minister Prakash Javadekar paid tributes to the former Prime Minister Atal Bihari Vajpayee on the occasion of his birth anniversary. He said, Mr. Vajpayee’s politics and life were based on ideologies and principles that will keep inspiring generations to come. Mr. Javadekar also shared a video message remembering an instance when he met Mr. Vajpayee while he was in Pune during a political function. He said, Atalji touched everyone’s heart with his multi-faceted personality.

Meanwhile Mr Javadekar reached Chennai today to Preside over Farmers Sammelan in Kanchipuram. He spoke to the media at Chennai Airport, where he said Vajpayee was a great visionary and the nation remembers him fondly. Mr Javadekar also conveyed greetings of Good Governance day to everyone.