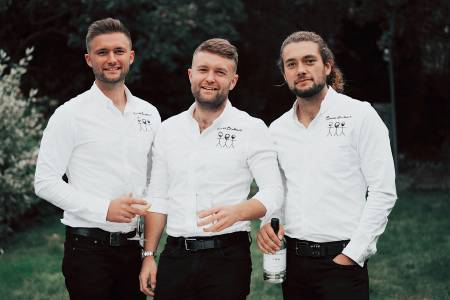 LONDON: A year ago, yoga teacher Brenda Ward would have been dashing between hotels, gyms and schools to deliver her classes but as England entered a third national lockdown, she stepped into her living room and greeted students by video call.

Having switched all her yoga and wellbeing classes online, the 53-year-old has joined a host of small-business owners finding ways to adapt and thrive despite lockdowns that have upended high streets and downed economic activity.

“I’m probably busier (than before the pandemic),” she told the Thomson Reuters Foundation by phone from her home-turned-studio in northwest England.

“A lot of yoga is quite hands on – I would have thought previously that you would need to be in a physical space,” Ward added, saying she had been “quite surprised” at how well it worked holding classes via the video platform Zoom.

Under the latest lockdown, people have been instructed to work from home wherever possible. Hospitality venues and non-essential shops are shut. Organised sport is cancelled indoors and out except for elite competitions.

Many independent firms face a struggle to survive, with the Federation of Small Businesses saying a new 4.6-billion-pound ($6.25-billion) support package for struggling businesses was not enough to help small firms in “crisis”.

There are 5.9 million small businesses in Britain – defined as those with fewer than 50 employees – which together employ 13 million people, according to government estimates.

But as the pandemic reshapes every aspect of daily life, many of them – be they dog walkers, bakers or musicians – are finding ways to adapt.

“Many small businesses have remained agile throughout the pandemic, adapting to the current economic climate and exploring new channels for reaching customers – with many moving online for the first time,” said Raheel Ahmed, head of consumer products at the payments firm Barclaycard.

Despite an overall fall of 7.1% in consumer spending in 2020, its data showed some bright spots – including a boom in online commerce and a boost for independent food shops as Britons stay home and shop locally.

Professionals from therapists to tutors and fitness instructors have taken their business online as lockdowns forced an end to most in-person mixing, with some finding they are drawing new customers as a result.

Rob Weatherhead, a digital consultant based in the northern English town of Bolton, said whereas he mostly worked for nearby firms pre-pandemic, he now had clients worldwide.

“Location has become a different concept … It doesn’t really matter whether you are one mile away, a hundred miles away or a thousand miles away,” he said.

Some have profited from changing consumer patterns, such as food box delivery services and dog product firms catering to a trend for lockdown puppies.

Vegetable box delivery company Tower Green Hamlets in inner London saw its orders rise from about 100 subscriptions at the start of last year to a peak of 500 during the first lockdown in April as shoppers faced panic buying and queues at supermarkets.

“It was crazy,” said Jackie Braniff, who co-owns the company with a partner.

“The whole point of doing it was just to feed people and try to keep people at home,” he said, saying they “took a hit” on profits to put more into boxes to help their customers.

Some people are also launching new ventures after losing their jobs due to the novel coronavirus.

Gus Derry, 23, set up Bucks Brothers Gin with his brothers Jake and Max after being made redundant from his job as a motorsports engineer in September.

Launched in October, the firm turned over £40,000 in its first eight weeks.

Though lockdown will dent some opportunities – pubs are shut – the brothers are still seeing steady sales and are converting a horsebox into a mobile bar in anticipation of more mixing resuming in the summer if COVID-19 cases drop.

“It’s become something we all really love,” said Derry.

“I would much rather be doing what I am doing now to what I was doing.”

Democratic push for Black voters in Georgia pays off with historic U.S. Senate win
What will COVID lockdowns mean for worker surveillance in 2021?
Comment