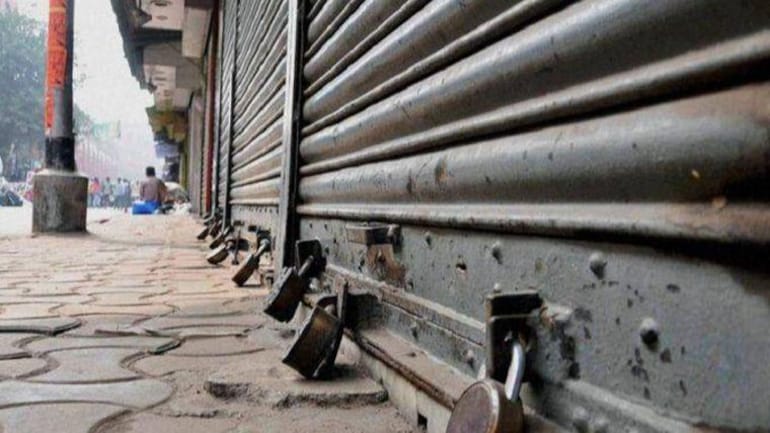 In this season of economic disgruntlement over rising petrol prices, strikes are the current flavor. The cause is immaterial. It is all about registering ones protest, the louder the better. Success is measured through the prism of causing maximum dislocation and discomfiture to people bringing work to a standstill. Curse all you want, it’s for a cause, remember. Wherein a person’s freedom ends at the tip of the others nose!

Primarily, the unions demand scrapping of proposed changes in labour laws of flexibility and liberalise labour inspection, privatisation of any form and national monetisation pipeline, increased wages under MNREGA and regularisation of contract workers. Haryana, Madhya Pradesh, West Bengal, Jharkhand, Chhattisgarh, Tamil Nadu and Kerala were most affected while Left and DMK protested outside Parliament.

Arguably, are strikes expression of freedom or are they means of suppressing fundamental rights in a democracy? What drives unions to strike? Is it to keep its flock together guided by workers interest, commitment for better wages and quality of life, political considerations or ignominy of becoming irrelevant? And are they effective protest weapons against Government despite it not being unduly shaken by them as evident by its failure to call for serious dialogue or continuation with pro-employer reform measures?

In fact, trade unions have been caught napping by the reform politics of all Governments as workers argue the State’s neo-liberal policies which are pro-employer not only take away their historic rights but also create new deprivations. Accusing the Centre and States of holding cursory meetings with them, thereby achieving its purpose of not actually consulting trade unions yet keeping them divided.

Bringing things to such a pass that every other section of society plans strikes as a matter of routine as it is sustenance of democracy and a catchphrase for free speech. It connotes peaceful march against issues from the mundane to dastardly, injustice meted out by authorities, against a law, aggression by police, inaction by those in authority and what is perceives as encroaching on their freedom. Not a few simply shrug it off with “sab chalta hai attitude, this is Mera Bharat Mahan at its rudest and crassest best.”  Many assert “ki pharak painda hai”.

Pertinently, since 1991 the CTUs have conducted 18 countrywide work stoppages and multiple forms of protests like marches to Parliament, dharnas, concerted strikes at banks, insurance, etc, against Central Government’s  economic and labour policies.

Scandalously, India lost 36.94 lakh man-days in 210 strikes and lockouts in public and private sectors in the past three years with Kerala, Tamil Nadu and Karnataka topping the list, according to Labour and Employment Ministry data. The public sector lost the highest number of man-days at 19.91 lakh in 89 strikes 2018-20.

Each protest sowed hope that the gripe would reap dividend as people took to streets to defend their rights and Constitutional integrity against attacks, even from Government. True, some laws were changed, some repealed, some guilty punished, some systems established and on some the Government refused to budge.

Clearly, part of the current paradox is explained by the changed notion of bandh as a form of protest. The original concept was centred on the logic the only way for a disempowered people group to shake the system was agitate, from gherao for more wages to voluntary hartal against policy decisions. But slowly perversion set in. A strike could be effective only if stoppage of work could not be overcome easily by the system. Consequently, strikers use their power base, including violence, to stall anything that spells change from routine.

Ironically, on one hand we talk of India as the next super power with a strong economy on the other, we fail to realize that strikes are a hindrance to achieving this goal. In no civilized nations do Parties or trade unions dare to justify citizens distress as necessary to voice protest. Any call for bandh should come from the suffering aam aadmi not from unions, netas or corporate fat cats.

Undoubtedly, people are fed-up of strikes  each time some neta gets a headache. According to a recent survey, three out of four people want a legal ban, 8 out of 10 favour severe punishment or hefty fines for leaders. Surprisingly, only 15% believe in strikes, 10% in voluntary participation and 60% support Gandhi’s form of civil disobedience, peaceful dharnas and candle lighting in genuine cases of injustice.

As India marches ahead, are protests the right recourse? True, the Constitution guarantees one the right to protest, but it does not guarantee one the right to infringe upon others rights. Unfortunately, our strikers fail to realize that strikes negate the basic concept of democracy. These are just a camouflage for non-performance, self-glorification, to flex their might and muscle, to gain sympathy or wriggle out of working hard.

Remember, democracy is neither mobocracy nor a license to create bedlam. It is a fine balance between rights and duties, liberties and responsibilities. One’s freedom pre-supposes another’s responsibilities and liberty. Importantly, protests cannot set things right and at the same time it cannot create any psychological impact or pressure on the minds of those people who are sitting at the helm of affairs.

The time has come to take a leaf from US law, wherein there is no Constitutional right to make a speech on a highway or near about, so as to cause a crowd to gather and obstruct the highway. The right to assembly is to be so exercised as not to conflict with other lawful rights, interests and comfort of the individual or the public and public order.

In the UK, the Public Order Act, 1935 makes it an offence for any person in uniform to attend any public meeting, signifying his association with any political organization.  The Prevention of Crime Act, 1953, makes it an offence to carry any weapon in any ‘public place’ without lawful authority.  The Seditious Meetings Act, 1817 prohibits meetings of more than 50 persons within a mile of Westminster Hall during the sittings of Parliament.

In sum, in a milieu wherein adoption of strong-arm tactics to extract one’s pound of flesh has become second nature, it is time to cry a halt to strikes. Remember, paralysing the State, black-mailing corporates to get attention and policy reversals only exasperates the public, cuts off money flow, shoos investors and endangers jobs.

As India celebrates Azaadi Ka Amrit Mahotsav it needs good governance and economic growth where the citizen’s right is paramount. It cannot afford strikes, leave aside for what purpose they may have been called. At some point we have to stand up and bellow, “Bandh karo ye natak!”—