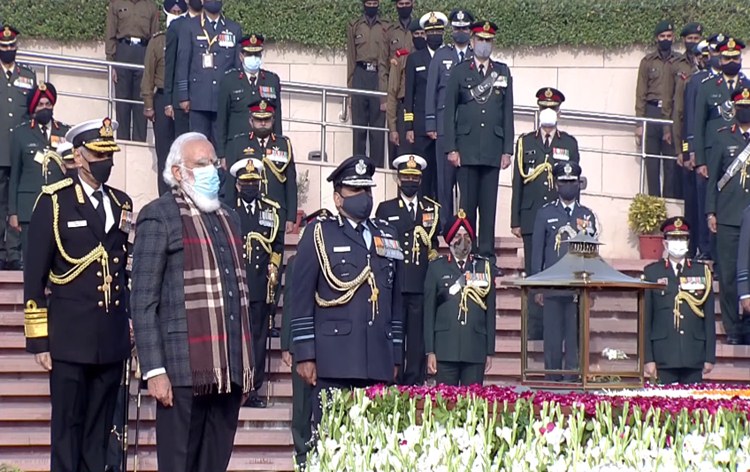 Prime Minister Narendra Modi paid tribute at National War Memorial this morning on the 50th-anniversary of the 1971 India-Pakistan war. On the occasion, Defence Minister Rajnath Singh unveiled the logo for ‘Swarnim Vijay Varsh’ to mark the anniversary of the war.

Vijay Diwas is observed every year on December 16 as a mark of victory over Pakistan in the 1971 war that also led to the creation of Bangladesh.

Defence Minister Rajnath Singh today saluted the bravery of Indian Army on Vijay Diwas. In a tweet, Mr Singh said the soldiers wrote new chapter on bravery. He said their sacrifice evokes inspiration in Indians and nation will always revere them.