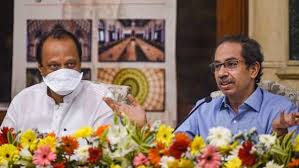 One of the greatest spiritual leaders of India, Swami Vivekananda introduced the world to the Indian philosophies of Vedanta and Yoga. He became popular in the western world after his famous speech at the World’s Parliament of Religions held in Chicago in 1893. Vivekananda was the chief disciple of the 19th-century mystic Ramakrishna Paramhansa. He was the founder of the Ramakrishna Math and the Ramakrishna Mission.

Along with the nation, Swami Vivekananda’s birth anniversary will be observed across West Bengal today through various programmes. State ministers will be visiting ancestral house of Swamiji in North Kolkata to pay tribute. Special programmes have also been arranged at Belur Math, the headquarters of Ramakrishna Mission, in Howrah to mark the occasion.