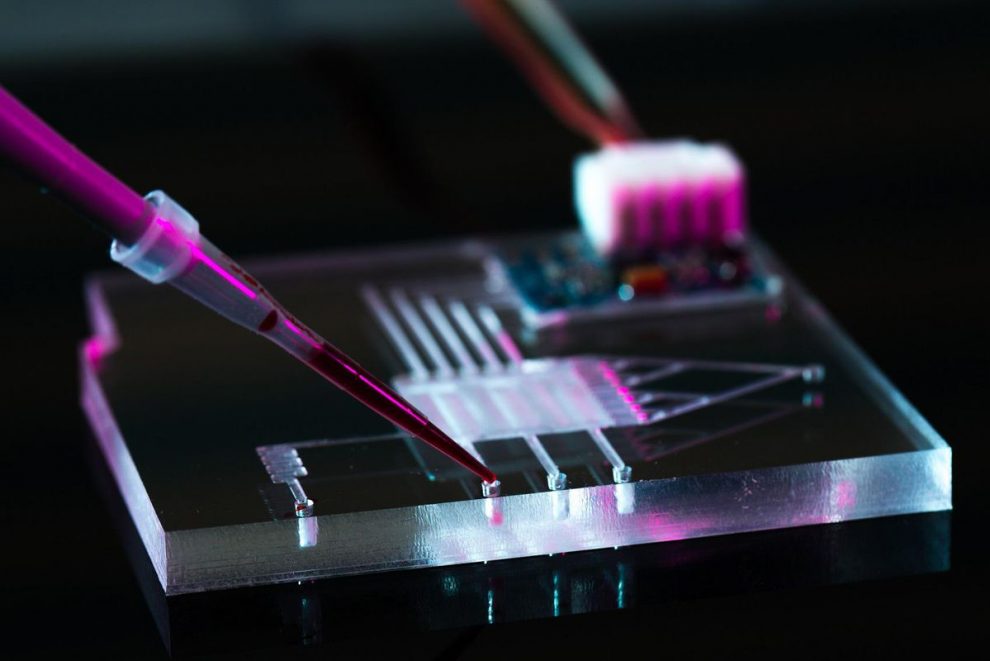 The modern legend of nanotechnology has been built, quite interestingly, by mobilizing the deep past. The centuries-old Lycurgus Cup of Roman origin is one of the prominent objects showcased to illustrate both the beauty and the possibilities that nanotechnology offers. Made of special dichroic glass, it changes colour when it is held up to light. The opaque green, when seen in regular light, turns as if ‘by magic’ to a glowing translucent red when light is made to shine through it. This is on account of small amounts of nanoscale (what was earlier called colloidal) gold and silver present in it.

Another famous object is the Damascus Sword that was first made in the eighth century and was forged using Wootz steel made in India, reportedly, as early as 300 bc. The secret behind the sword’s famed strength and sharpness was decoded recently by scientists at the Technical University in Dresden, Germany. Electron microscope studies of the blade of one such sword made in the 17th century revealed the presence of tiny nanowires and the first ever carbon nanotubes present in steel. In another more relevant Indian context, there has been a prominent narrative and recent scientific work to claim overlaps between nanotechnology and the Ayurveda and Siddha systems of medicine. The bhasmas (metallic oxides or ashes) that are used to treat a range of conditions in the Rasashastra tradition are considered effective precisely for the reason that they contain metals at the nanoscale.

Not a single week passes without reports of nanoscience and technology-related scientific breakthroughs, technological outputs and possible solutions from India’s current-day scientific establishment as well. Sample this from half-a-year’s reporting in 2017-18 from The Hindu, one of India’s leading newspapers that provides prominent space to new R&D in S&T – the development by the Institute of Advanced Study in Science and Technology, Guwahati, of a smart bandage material using nanosized graphene oxide that can heal wounds better and faster; development of a carbon nanotube-based electronic skin (e-skin) that ‘may find applications in flexible electronics and medical diagnostics’; and also of a nanosilver impregnated novel composite that ‘keeps tomatoes fresh for 30 days’, both at the Indian Institute of Technology – Hyderabad, and the use of a magnetic nanofluid emulsion by scientists at the Indira Gandhi Centre for Atomic Research, Kalpakkam, near Chennai, to develop an ‘inexpensive, highly sensitive optical probe that can almost instantaneously detect the presence of urea’.

All of this has been possible because of substantial support and incentives provided by the government, and has been driven to a certain extent by the fear of missing the ‘nano-bus’ as was articulated in 2011 by C. N. R. Rao, then scientific advisor to India’s Prime Minister. The Government of India’s (GoI) Department of Science and Technology (DST) alone has allocated nearly Rs. 2000 crore for NS&T research and development in the last two decades. It has over the years supported a number of programmes and projects in education related to NS&T, to scientific research in laboratories and institutions, to collaborations between academia and industry and helped organize a series of national and international level conferences that have brought together the best minds in the field. A number of other central government institutions too have independently invested substantial resources in NS&T research in recent years.

The number of NS&T-related publications by Indian scientists, an important marker of output and efficiency in scientific circles, has also increased steadily. An assessment done in 2014 listed India as the country with the third highest number of publications in the field of nanotechnology. Indian scientists and institutions produced 8,678 publications, which though much lower than that of China’s number of 38,000, is substantially higher than those of countries such as France, the United Kingdom and Singapore. International patent applications in nanotechnology by Indian assignees too have increased – from seven in the year 2001 to 32 in 2006, to 114 in 2010. According to data put out by DST, patents granted to India by the United States Patent and Trademark Office (USPTO) grew 36.36 per cent from 2015 to 2016, leading India to be ranked 16 in the USPTO in patents granted.

The popularity of the field can also be ascertained from the increasing number of conferences, workshops and seminars that are being held in India. Conferences like the International Conference on Nano Science and Technology (ICONSAT) that are held every other year – 2018 in Bengaluru, 2016 in Pune, 2014 in Mohali, 2012 in Hyderabad, 2010 in Mumbai  and Bengaluru India Nano (BIN) that is held every year – have become prominent features of the conference calendar in the country and are very popular in the scientific community. There are now at least two (non-academic) periodicals devoted exclusively to issues of NS&T that are published regularly and interest in industry has also increased steadily.

One very important detail is related to the funding that has been made available. Of the Rs. 1,000 crore allocated for NS&T R&D when Nano Mission began in 2007, nearly 50 per cent (Rs. 500 crore) had not been spent when the first phase of the programme came to a close in May 2012. The challenge in India, it emerges then, is not that of limited financial resources as is made out to be the case often, but of multiple deficits in the capacity of the research establishment that includes colleges, universities, government institutions and industry to utilize the resources that are already available. While dealing with these deficits and challenges will have to be a key focus for the future, the issue I would like to point to, is a different one even though it is related.

The point is that the macro-picture of funding, publications, citations, patents and even new technology possibilities – all characteristic of contemporary S&T in a globalizing world – has been broadly mapped, discussed and also debated to some extent. This, however, is only one dimension of the world of science and technology. It is a numericalized, cleaned-up, objective account of this world, a picture from the outside and one located far away from the micro-realities and day-to-day challenges of what happens inside the places were S&T research and innovation actually happens.

The very specific reference here is to the laboratory. In one taken-for-granted way the laboratory is an integral part of our lives, certainly of the imagination of the modern world. Yet, we know so little of what happens inside. We know little of this world beyond funding allocations that the government makes, patents issued that we barely understand, scientific papers that we hardly ever read, technologies that promise huge windfalls, or awards for scientific breakthroughs that the media occasionally tells us about. We know almost nothing of the nuts and bolts of doing science inside these laboratories.

What would happen then if we were to enter the laboratories and the institutions where this S&T happens, where the money the government makes available has been used or should have been spent, where the nanoscience and technology are being researched and developed and where an important part of the innovation process is located? Who are these scientists who do all this research? Where do they come from and where do they intend to go? What are they thinking? What are they actually doing? What are the pressures and pulls that they face? What influences them? What do they seek their influence to be?

This book is an attempt in that direction – four different accounts with glimpses of life inside the laboratory, into the lifeworlds of science and technology and people who do it, a peek into the backstage of the world of science and scientific research that appears distant but might be closer, more intimate and more relatable than we might think.

There are many people I have to thank for to help make this possible and none are more important than the host of scientists who agreed willingly to become a subject of my research. It is the openness, trust and faith with which they welcomed me into their labs, their research and their lives that has made this book possible and for this I am deeply indebted. I hope I have done justice to their stories.

And for that first story from inside this blackbox of science we travel to the Savitribai Phule Pune University, to a small laboratory in the physics department that made microscopes at the cutting edge of nanoscience and technology, starting in the late 1980s.

Excerpted with permission from Nanoscale: Society’s deep impact on science, technology and innovation in India, Pankaj Sekhsaria, AuthorsUpFront. Read more about the book here and buy it here.

Join The Dispatch Whatsapp Group to stay updated
The Dispatch is present across a number of social media platforms. Subscribe to our YouTube channel for exciting videos; join us on Facebook, Intagram and Twitter for quick updates and discussions. We are also available on the Telegram. Follow us on Pinterest for thousands of pictures and graphics. We care to respond to text messages on WhatsApp at 8082480136 [No calls accepted]. To contribute an article or pitch a story idea, write to us at [email protected] |Click to know more about The Dispatch, our standards and policies
TagsAuthorsUpFront Nanoscale Nanoscience in India Pankaj Sekhsaria

PM-KISAN 8th installment: Srinagar farmer thanks PM Modi for words of appreciation during online interaction
As your Pradhan Sevak, I feel your pain of losing loved ones: PM Modi
Comment