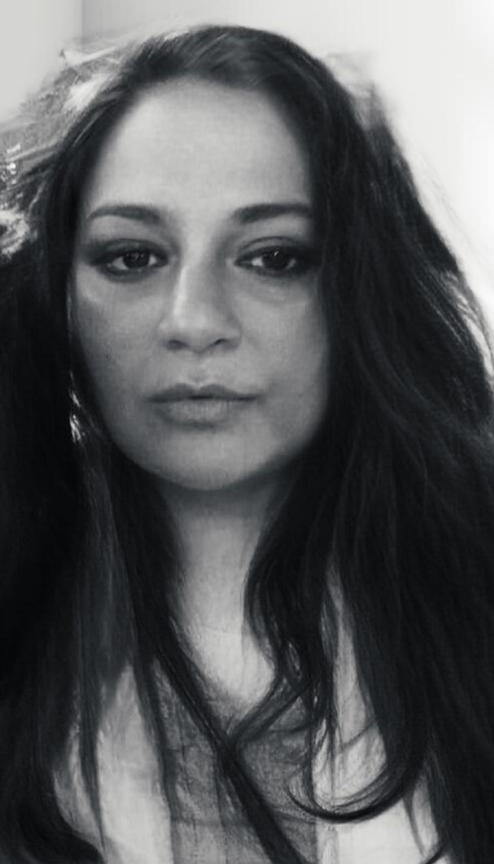 I remember clearly the day I first arrived at Nalanda.

Although fully ripened into manhood, I am still a boy. A boy raised to be a monarch, yet taking the vows of a monk. I see myself as a prince ready to pay a king’s ransom for knowledge.

Our capital city Pataliputra still basks in the golden era of its previous Pala kings. Buddha’s teaching, established by the Great Emperor Ashoka, is the religion of my land, and its prayer flags catch the wind of the Hindukush mountains in the north and the islands in the east, spreading across the deserts of the west, holding sway right down to the southern tip where the land meets the ocean of other worlds.

Though there are rumblings of Shankaracharya’s rival Vedic doctrines ousting the keenest Buddhist dialecticians of my time in debate, non-Buddhist kingdoms are rare and far between. Which is what the Buddhists believed.

I have travelled all the way from Vaishali to Nalanda. My journey showed my inexperience in worldly matters. After a few hours, just like the Buddha did a thousand years ago, I sent my entourage back. Upon reaching Nalanda, I had to walk the last few miles on foot because my rented mule died on the way. I was penniless and starving, hungering more for food and a good night’s sleep than all the knowledge in the three worlds. It shamed me because I was sure that was not how Prince Siddhartha had felt when he left home.

My mother had wept before my departure, exhorting me to do the duties of a first-born male and heir-apparent to the throne. But her tearful words had fallen on deaf ears. I was determined to join the Order and dedicate myself to a life of learning. I used to fantasise about manuscripts with my name emblazoned in golden letters in the hallowed libraries of Nalanda.

I had made my announcement before a full court, dressed in the regalia for my coronation. My father had looked at me with his sternest expression, but my resolve had remained unshaken. ­

The courtiers had responded with disbelief. Some had been apoplectic with rage, a few had staged a walkout, others had been bereft with grief. Only my brother seemed to be smiling through it all. ­

The court had quickly adjourned to my father’s private pavilion and very soon only my parents and I had been left, locked in a fruitless argument for so long that the torchbearers had come when day turned to night and left when night turned to day again. My brother had been our only audience, nursing his goblet of wine, bemused but there, listening. Younger than me by only a year, he was larger than me in physique, ambition and worldliness.

‘Please understand, my dearest first-born,’ my father had agonised, ‘that our religion is statecraft. Its purpose is to maintain our subjects in peaceful equilibrium. ­That is how it has been since Emperor Ashoka’s time. Our priests help us rule. Our scholars seek out the knowledge of worldly affairs. Only fools try to emulate Buddha’s life. ­They try to catch water that has already flown under the bridge. Th­e Buddha’s lifetime is over and long gone, my son!’ My father was a stately, proud scion of the most illustrious Lichchavi clan. Not once had I seen him slouch or hesitate.

‘You should never have named me Siddhartha, Father. ­Therein lay your mistake.’ I reasoned as calmly as I could.

‘It was a moment of parental weakness,’ he had exploded. ‘At your birth, the court astrologers read your horoscope and said that you will achieve greatness like the Buddha.’

I had not reminded my father that the court astrologers had prophesied that I would achieve greatness, but unlike the Buddha, after my death.

I had looked at his face, distorted with contempt now, tired and emptied of all his reasons. ‘At the time I did not know that it would take you many lives to be worthy of a name like that.’ He had hoped that berating me would work when entreaties failed.

‘Prince Siddhartha left his father’s throne in the search for Truth. You leave yours to join a heretical university,’ he had thundered. His luxuriant moustache had bristled as he paced the pavilion, favouring the leg that he had almost lost during a battle with a neighbouring Lichchavi chieftain.

‘Heretical!’ it was my turn to explode. ‘You call Sri Nalanda heretical? Great intellectuals cross the seven seas to study in Nalanda and you call it heretical? Such is the narrowness of your vision, Father.’

‘You are still very innocent, my first-born,’ my mother had said, her woeful entreaties gone, now as grim-faced as my other parent. She had looked beautiful, my mother. She looked scintillating even when sullen. Her eyes had been full of remorse. She had wrapped her shimmering stole, threaded by the rare beetle worm, more closely about, as if shuddering against an unearthly cold.

‘I know that, Mother,’ I implored her. ‘­That is why I want to study in Nalanda. Only in Nalanda are the teachings so powerful that the veils of ignorance are quickly lifted. Do you know that the wisdom of the present Abbot of Nalanda has made him immortal? ­They say he is three hundred years old.’

‘Nonsense, son,’ my father retorted. ‘You talk about these silly legends the way an infant babbles about magic. And this comes from a student who wants to learn the empiricism of logicians. Shame.’

My father had caught me out.

I had looked on defiantly as my mother calmly continued. Nothing is worse than two parents aligned against you.

‘Nalanda is not a university,’ she said. ‘It is a colony of dissolute reprobates. Th­ey live off the fat of the land just like kings and landlords. Th­ey are a far cry from Lord Buddha’s bhikshus who only ate what was dropped in their begging bowls. ­Their grandmasters live in obscene abundance. Yes, as kings, we too live in material opulence, but we suffer from worldliness. Th­ey suffer from moral depravity. Your chances of assuaging your thirst for knowledge are higher here, on the throne of our kingdom, than a place like that, where Kapalikas, skullmen, roam free, practising their charnel ground rites, desecrating all sacred things. I have heard women there are preserved in secret chambers. I shudder to think of the unspeakable slavery they are subjected to. Ghouls roam the lands of Nalanda,’ my mother had tried to frighten me, ‘and half-dead zombies and monsters who eat children!’

‘Mother, I am not a child anymore,’ I had said, hoping to impress her with my casual disdain.

‘Don’t try to scare me with Kapalika stories,’ I had warned her.

‘I know what they are. ­They are cannibals who only eat and drink from bowls carved out of the skull of a Brahmin. But they are only a small unseen minority in the university. ­Their presence in Nalanda is maintained in the spirit of egalitarianism. As for the throne of this kingdom, you are blessed with another son, who is waiting, I am sure, with much eagerness to take up the duties of kingship.’ My brother, to my annoyance, had not once intervened. I could see him still smiling into his wine goblet.

‘Stay,’ my mother had implored. ‘Or go to Taxila. Our personal retinue shall escort you. But not Nalanda.’

I had resorted to the famed melodramatic technique unique to my father’s side of the family. I had torn a tuft of my hair and thrown it on the ground. ‘I declare myself a renunciant from this moment on.’ At that time I had not known whether I had been shouting out of a desire for renunciation or in defiance of it. ‘I may no longer be bound to family ties,’ I had screamed.

My last memory of home is that look of unfathomable sadness only mothers are capable of. Oh Mother, Mother, do you not know that even motherhood is just another impurity? If we were truly pure, there would be no birth or death. No you, no me.

Excerpted with permission from Nalanda, Shivani Singh, Amaryllis Publishers. Read more about the book here and buy it here. 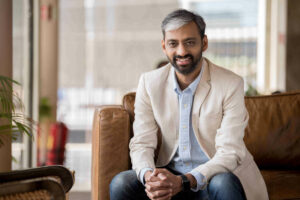 “Star-Crossed Lovers in the Blue”: This fantasy novel is set within the merfolk community
“Faith and the Beloved”: Dynamic characters and complex plotlines pervade this riveting crime thriller
Comment