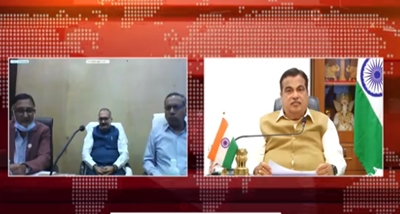 Union Minister Nitin Gadkari announced that the Nag River Pollution Abatement Project has been approved at a cost of over Rs 2,117 crore. The river which flows through Nagpur city thus giving its name to the city is now a highly polluted water channel of sewage and industrial waste.