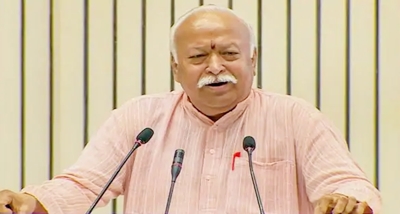 RSS Chief Mohan Bhagwat said that Muslim population of the country would not be affected by the Citizenship Amendment Act, CAA. He said that India is taking care of its minority population since long while Pakistan failed to do so.

Releasing a book titled Citizenship Debate Over NRC and CAA along with Assam Chief Minister Himanta Biswa Sarma in Guwahati today Bhagwat stressed that all must follow the duties of a citizen as stated by our constitution. He said that India taught secularism to the world based on 5000 years of culture. The RSS Chief said that there was a debate going on after 2014 on secularism but he added that the country has old history of secularism.