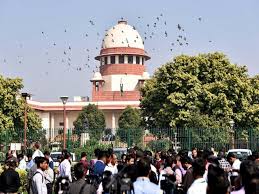 An association of Muslim advocates on Monday approached the Supreme Court challenging the Citizenship (Amendment) Act, 2019, and seeking to declare the new law as “unconstitutional.”
“The Act violates Articles 14, 21 and 25 of the Constitution, as well as the Constitution’s basic structure,” said the Muslim Advocates Association (MAA) in its plea. The Citizenship (Amendment) Act, 2019 seeks to grant Indian citizenship to refugees from Hindu, Christian, Sikh, Buddhist and Parsi communities fleeing religious persecution from Pakistan, Afghanistan, and Bangladesh and who entered India on or before December 31, 2014.
The Bill smoothly sailed through Parliament after the Rajya Sabha passed it on December 11. As many as 125 members of the Upper House voted in favour of the Bill while 105 MPs voted against the Bill.
Home Minister Amit Shah has said the CAA will give a new ray of hope to non-Muslims, who migrated to India due to religious persecution in Pakistan, Afghanistan and Bangladesh.
Prime Minister Narendra Modi has termed the passage of the Bill as ‘a landmark day’ in the history of India. However, Congress president Sonia Gandhi has termed the enactment of the new law as the ‘victory of bigoted forces.’