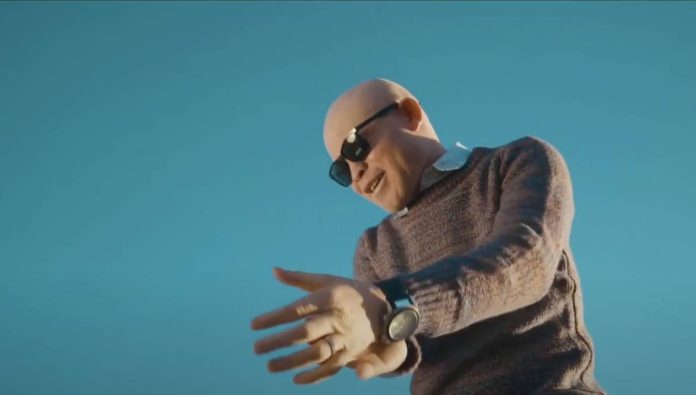 When Zambian musician John Chiti was growing up classmates taunted him, teachers beat him and strangers spat, but the same people who once bullied him now dance to his hit songs.

Chiti, the country’s most prominent person with albinism, is using music to change attitudes towards people with the condition, many of whom have been badly impacted by coronavirus.

“COVID-19 has left us at greater risk of discrimination and violence,” said the musician who counts First Lady Esther Lungu and former president Kenneth Kaunda among his fans.

Zambia has recorded nearly 10,000 coronavirus cases and over 260 deaths, according to the World Health Organization. While numbers are low compared to many countries, they have accelerated fast since July.

The pandemic has raised fears people with albinism could be attacked for their body parts which are prized in witchcraft for use as lucky charms.

There has already been one murder since the virus emerged, body parts have been stolen from a grave, and a street attack was reported in the capital Lusaka last week.

Zambia is home to about 25,000 people with albinism – a lack of pigmentation in the skin, hair and eyes, which often causes poor vision and heightens the risk of skin cancer.

Chiti, a household name in Zambia, is most famous for his love songs, but his latest releases, including one called “Corona virus”, have focused on the way people with disabilities have been forgotten during the crisis.

He said the government’s response had not taken into account the needs of the disabled.

“We’re being told to observe social distance but how can a blind person who requires a guide move about?” he told the Thomson Reuters Foundation.

Information on how to keep safe has not been translated into braille or sign language and washstands for cleaning hands are often inaccessible to wheelchair users, Chiti added.

Lockdowns have also made it harder for people with albinism to obtain crucial sunscreen.

The government did not respond to requests for comment.

The R&B singer grew up in Zambia’s Copperbelt Province. The only person with albinism in his family, he was rejected by his father.

“When I was born my family was confused. They couldn’t believe that I belonged and this led to the divorce of my parents,” the musician said.

Chiti was called names in the street and passers-by spat on their chests when they saw him due to a superstition that this would protect them from having a child with albinism.

Even his own relatives shunned him because they thought albinism was contagious.

After his mother died when he was eight, Chiti went to live with his father who by that time understood his son’s condition better.

At school, Chiti’s poor vision made it hard to follow lessons or play with other children who often avoided sitting with him.

“The teachers would whip and punish me for not finishing exercises, for failing to read. They just thought I was dim,” the musician said.

“I used to like soccer a lot, but my friends didn’t want to play with me because I’d miss the ball or pass it to the wrong person.”

“Music was like a refuge,” he said. “The first time I sang and I saw someone clapping for me who used to bully me I thought, wow, music is a powerful force.”

His first album in 2008 was a hit and TV appearances followed.

The singer, who lives in Lusaka with his wife and two children, says his music is helping break down barriers and has brought him friends and reconciliation with family members.

“When I sing people don’t care whether I have albinism, they just want to dance with me.”

With five albums to his name, Chiti describes himself as a music activist and increasingly writes about social issues “close to my heart”.

His music videos about coronavirus were made with two disability rights charities, the Norwegian Association of the Disabled and Cheshire Homes Society of Zambia.

He has also helped global charity Sightsavers champion its Equal World Campaign calling on U.N. member states to ensure people with disabilities are not left behind during the pandemic.

Poverty, stigma and poor eyesight mean many people with albinism do not finish school. Most are self-employed or do low-paid informal jobs which has left them particularly vulnerable during the crisis.

Zambia’s government has launched initiatives to help young people survive the economic impact of COVID-19, but Chiti said people with albinism could not compete for funds because of their disadvantages.

With schools closed, he also fears children with albinism will get left further behind. Poverty means many cannot access e-learning or the national TV education channel launched during lockdown, while others struggle because of poor vision.

After finding fame, Chiti set up the Albinism Foundation of Zambia (AFZ) to campaign for equal treatment.

“I used to blame myself for being a person with albinism. I grew up with low self-esteem because I thought I’m not human enough,” he said.

“But it’s not us that have to change, it’s society that needs to change its attitudes towards us.”