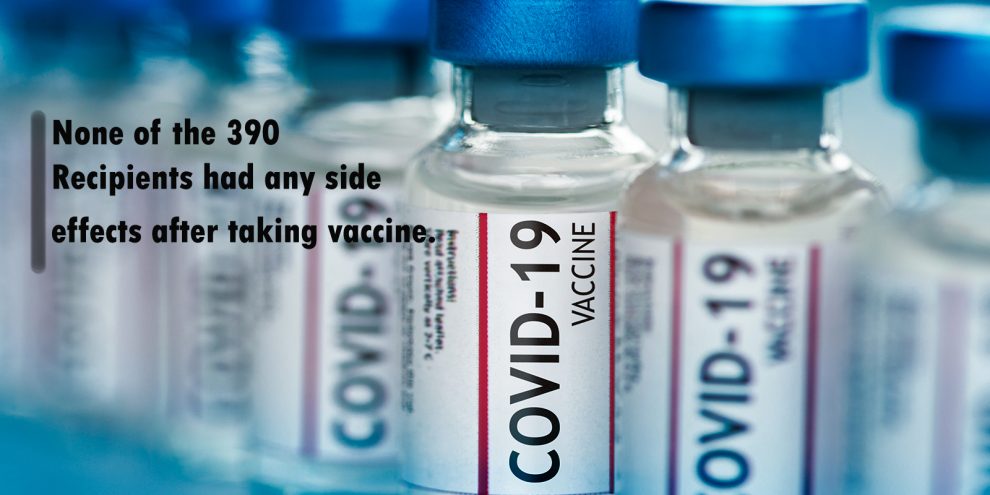 New Delhi:  Housing societies and RWAs across the country have been conducting COVID-19 vaccination drives for their members, in partnership with private hospitals.

But a housing society in Mumbai has alleged that they were duped in the name of COVID-19 vaccination.

The Hiranandani Heritage Residents Welfare Association in Kandivli (W) has alleged that some 390 residents there were given fake COVID-19 vaccines.

According to the RWA, one Rajesh Pandey had approached them, claiming to be a representative of Kokilaben Hospital promising to provide COVID-19 vaccines for its members.

One dose of the vaccine was charged at Rs 1250 and the RWA had paid some Rs 5 lakh for the vaccination drive.

Something was not right

The vaccination camp was held on May 30, which residents alleged was suspicious from the start.

They alleged that there was no digital registration of the vaccine recipients and their Aadhaar numbers were noted down on piece of paper.

The camp organizers also did not provide them with any invoices for the payment.

They also alleged that post the jabs, none of them received any confirmation on their vaccination status.

No side effects reported

But people became increasingly suspicious when none of the 390 recipients developed any common vaccination side-effects.

Meanwhile, the Kokilaben Hospital and other hospitals whose names the certificates were issued have said that they were not involved in these outdoor drives.

Based on the RWA’s complaint, the police have questioned two men, while a third person is missing.