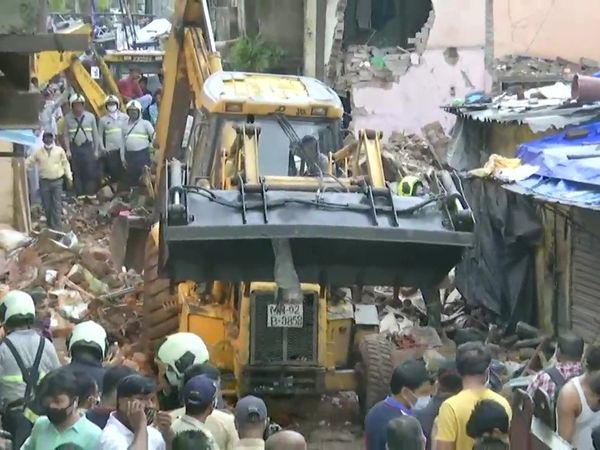 At least 11 people died and eight others injured after a residential building collapsed in Mumbai’s Malad West on Wednesday night, said the Brihanmumbai Municipal Corporation (BMC). A search and rescue operation is underway as more people are feared trapped under the debris.

Vishal Thakur, DCP Zone 11, Mumbai has informed that as many as 15 people including women and children have been rescued. They were shifted to a nearby hospital. There is a possibility of more people stuck under the debris. Teams are present here to rescue people, he added.

According to a local, the incident took place around 11 pm. “It was a four-storey building sheltering at least seven people. Five of them rescued so far. Two more buildings opposite to it were demolished. Two children rescued from there. Police arrived as soon as we called them followed by the arrival of the fire brigade,” ANI quoted Shahnawaz khan, a local as saying.

‘Building collapsed due to rain’

Meanwhile, Maharashtra Minister Aslam Shaikh has said that the buildings have collapsed due to rain. “Rescue operation is underway. Injured people have been shifted to the hospital. Debris of the buildings being removed to see if more people are stuck under it,” he added.

Mumbai has been witnessing heavy rainfall for the past two days. On Wednesday, the India Meteorological Department (IMD) issued an ‘Orange’ alert in the Mumbai, Palghar, and Thane districts of Maharashtra for the next four days.

Govt issues guidelines on Mucormycosis/black fungus in children: Details of treatment, medicines
AirAsia has grounded around 90% of fleet amid COVID-19 surge – executive
Comment