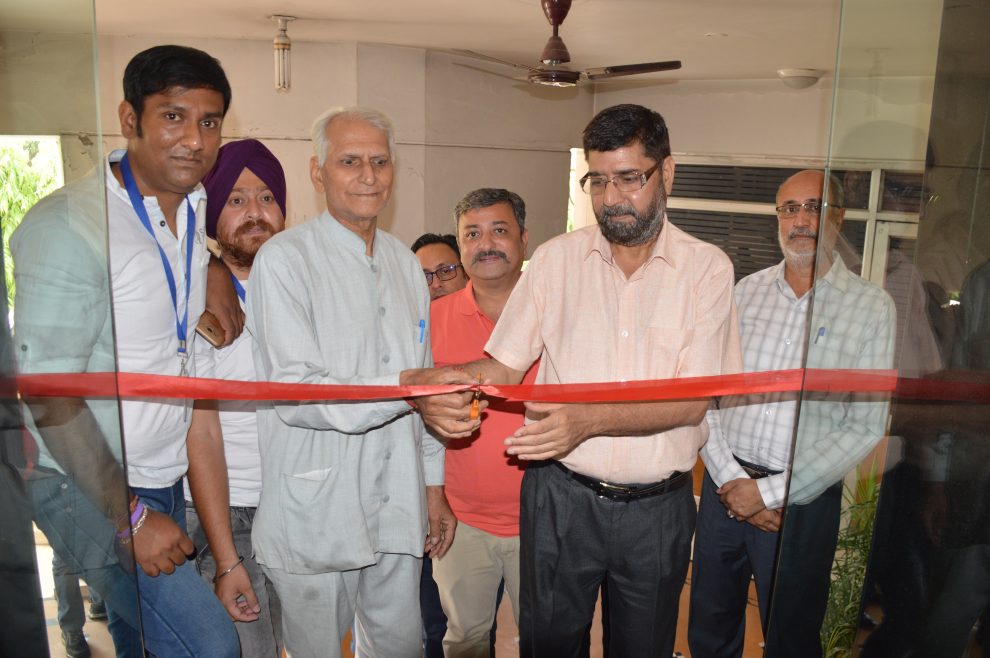 JAMMU: Press Club Jammu and SIBA Event Management in collaboration with Amandeep Group of Hospitals and Sharp Sites organized a health check-up camp in the premises of the Press Club Jammu.

The camp was organized to give health support to the media fraternity and their families who work 24×7. The team of doctors from Amandeep hospital and Sharp Site organized the health camp in which free B.P, Sugar, thyroid, test and physio consultancy along with Gastro, plastic surgery, and Ortho related medical support was given to the media persons, eye check-up was also done by eye specialists of Sharp Site and free medicines were also distributed. The main motive behind organizing this camp for media persons and families is to provide health support to our media fraternity.

Speaking on the occasion, Mr. Arun Joshi appreciated this initiative of the Press Club and SIBA event management and hoped that a similar event would be organized in the future also to help media persons.

In this project, free operation and whole expenses of Clift lip kids were borne by the hospital, and post-burn disorder disabilities and free plastic surgery was also promoted during the camp.

SIBA Team along with Vikrant Dogra (Head, JKDCUL), Bhawani Printers, Gaurav honored all the dignitaries who were present at the camp and appreciated the event and the noble purpose behind it.

Tips on how to Have an Recommended First Date With Your Glucose Baby
Govt. Degree College, Chenani organised a program on prevention of cyber hygiene
Comment