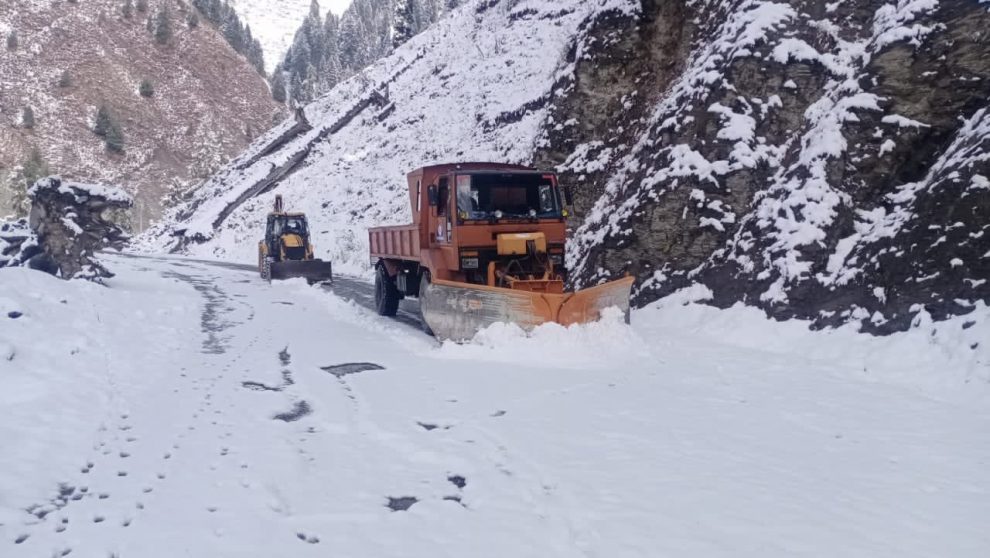 Poonch, Nov 17: Mughal road was on Tuesday thrown open for load carriers with fresh fruits, three days after the thoroughfare, connecting Shopian with Poonch,  was closed after snowfall in the region.

DySP Traffic Rajouri-Poonch  Zabir Mirza told GNS that the load carriers were allowed to ply after the thoroughfare was cleared off the snowfall.

He said that subject to fair weather and good road conditions, only downward traffic (load carriers) loaded with fresh fruit shall be allowed from herpora in Shopian from 1100 hours to 1600 hours towards Poonch. He said no vehicle shall be allowed after cut off timing. Moreover, he said, no passenger vehicle or pedestrian shall be allowed on the road.

He said there are slippery conditions in Mann Sar Mohre near Peer Ki Gali which makes adherence to the cut off timings all more important to be followed without any deviation. (GNS)

Camels in demand on Eid in Kashmir

3 persons booked for providing forged documents to bank from loan in 2015
32 travelers, 5 soldiers among 572 new covid-19 cases in J&K
Comment