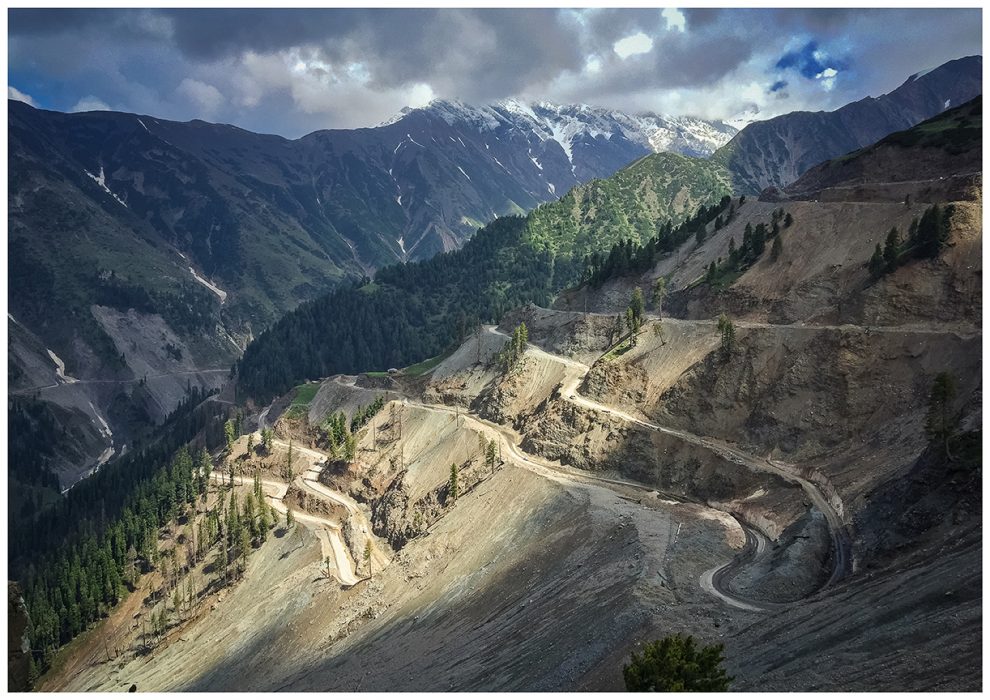 Shopian, Mar 06: The snow clearance work on historic Mughal road has been started with authorities expecting the restoration of traffic on the road by the first week of April.

Officials told the news agency that this year snow clearance work was started earlier and are they are expecting to clear the entire road stretch by end of this month.

Usually snow clearance work starts in third week of March, however, this year, the officials said that they have started it in first week of March and if weather will permit, the road will be through in the first week of April. “Our entire machinery is on job,” he said.

Notably, the Mughal road was closed for traffic due to accumulation of heavy snow on 11 December last year.

However, officials said that despite getting the national highway status in year 2016, Mughal road has no mechanical division of its own.

The 84 kilometer stretch that connects Shopian in Kashmir division with Poonch and Rajouri in Jammu division remains closed for about four to six months due to the heavy snowfall besides that about 10 to 20 kms are prone to high danger avalanches.

Several Shopian businessmen said due to the road closure their business with Rajouri and Poonch traders remains halted for long time due to the which they suffer losses.

Pertinently, the distance between Shopian town and Poonch town has reduced to 126 from 588 Kms due to Mughal road and since then many marriages have taken place that has helped in mixture of culture in these two different areas besides trade.

Meanwhile, businessmen and locals have requested government authorities to either construct a tunnel on Mughal Road or create a full-fledged separate mechanical division with modern machineries and technical staff for the Mughal road.

“A file for the creation of new mechanical division for Mughal road is lying before higher officials but due to unknown reasons officials have been delaying its approval,” they said. “If there would be a separate mechanical division, snow clearance work work at non avalanche prone areas can be started very earlier.