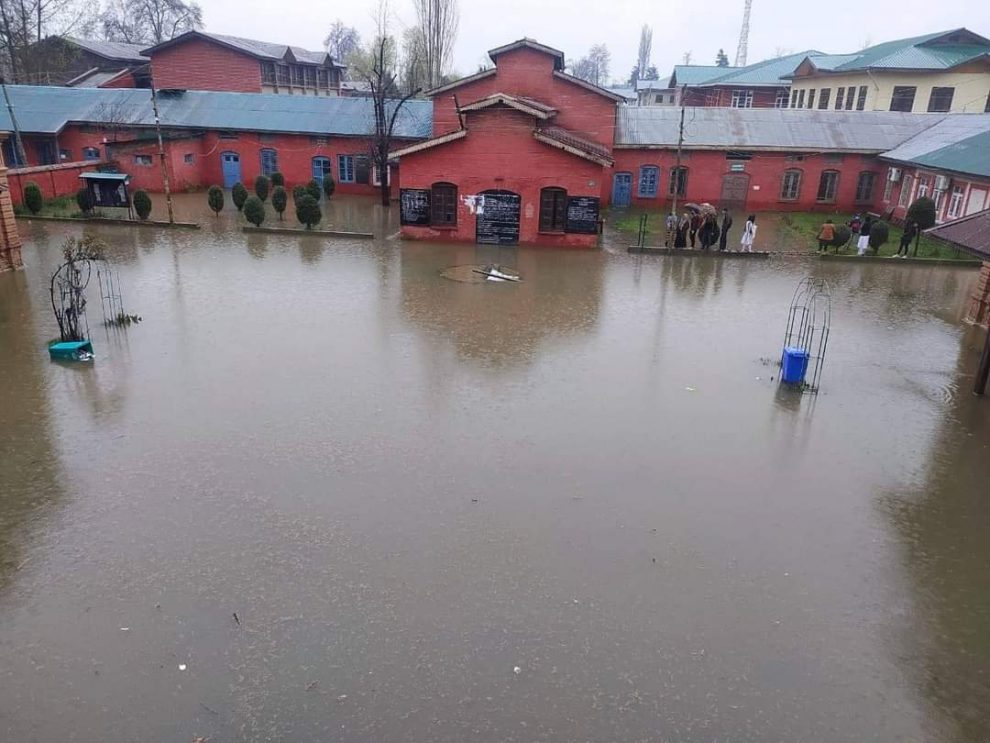 Srinagar, March 24: Incessant rains from last four days have sub-merged several areas in Kashmir Valley even a house and a shop were damaged in central Kashmir’s Budgam district.

Reports and officials told news agency that rain water also seeped into several houses at Ganai Mohalla in Devas Pora Magam Handwara as well as in some villages of Lolab and Qawardi in Kupwara district.

They said that an old mud house, belonging to one Abdul Hameed Bhat Son of Ghulam Ahmad bhat, was completely damaged at Waterhail Budgam. There was no injury or loss of life reported in the incident.

A readymade shop was also damaged in the Budgam district, they said.

A number of students called news agency and said that they had to wade through the water to reach class rooms. “Authorities needed to dewater it so that students and faculty could at least reach the class rooms sans difficulties,” they said.

Most parts of Kashmir Valley received moderate rains since Sunday afternoon, affecting the normal life in many ways. In Srinagar till 0830 hours on Wednesday, 70.3mm of rainfall has been recorded.

Qazigund, the gateway town of Kashmir, recorded 99.1mm of rain while Kupwara in north Kashmir received 71.0mm of the rainfall during the time.

The meteorological department has forecast significant improvement in weather from tomorrow and said that it was unlikely that there would be any major rain or snowfall activity in the Valley until the March 31.

Even as scattered to fairly widespread light to moderate rain, thundershowers and snow has been forecast over Jammu and Kashmir in next 24 hours, the weather is going to be mainly dry from Thursday till March 31, a MeT official said. “There is no forecast of any major rainfall activity till ending March,” the official added.