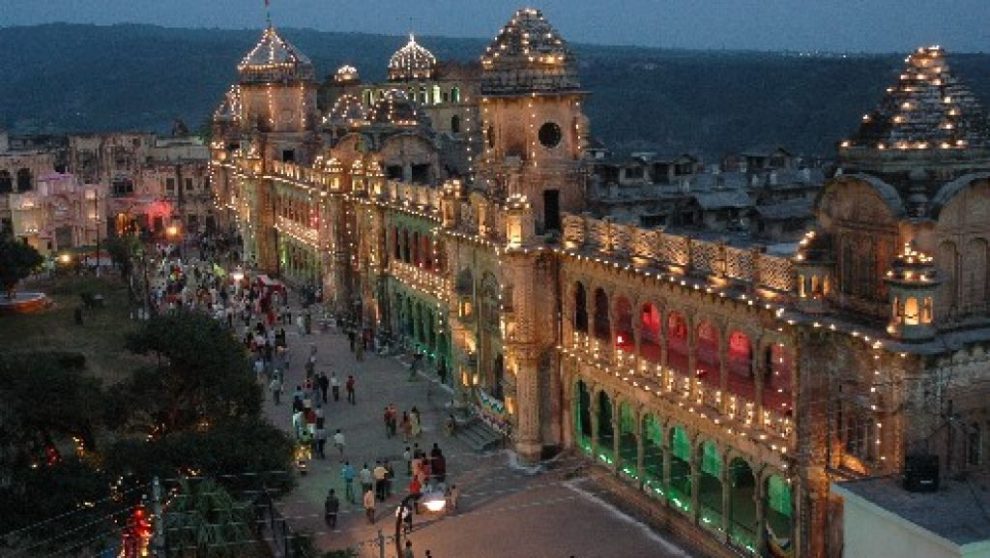 JAMMU, July 28: Government of Union Territory of Jammu and Kashmir has set into motion an exercise to convert a portion of historic Mubarak Mandi Complex into Heritage Hotel under Public Private Partnership (PPP) model on Design Develop-Finance-Build-Maintain and Operate basis. Moreover, some other buildings, which are being conserved by utilizing the funds provided by the Jammu and Kashmir Infrastructure Development Corporation Limited, will be converted into State of the Art Museum.

Official sources said that decision to convert portion of historic Mubarak Mandi complex into Heritage Hotel was taken by the Governing Body of the Mubarak Mandi Jammu Heritage Society several years back but thereafter no further steps were taken.
However, in the recent past the present Government held detailed discussion on this aspect and the Society was given nod to start an exercise in this direction. Accordingly, the Society has invited Expression of Interest (EoI) for development of Heritage Hotel in one portion of the mammoth complex, sources said, adding “the Government is of the opinion that this is the only way to make the adaptive reuse of the complex as mentioned in the Master Plan and generate sufficient revenue for the proper maintenance of whole complex in future”.
For conversion into Heritage Hotel, the Government has identified residential palaces situated in the eastern part of heritage complex called Zanana Mahal having unique architecture and exquisite interior decorations in the form of wall paintings, mirror work, decorative ceilings and exceptional spatial qualities.
The Zanana Mahal Complex spread over 9419.35 square metre consists of six buildings—Rani Bandrali Mahal, Mahal of Raja Amar Singh’s queens, Rani Guleri Mahal, Rani Charak Mahal, Mahal of Raja Ram Singh queens and Nawa Mahal.
The Expression of Interest for development of Heritage Hotel has been invited under Public Private Partnership mode on Design Develop-Finance-Build-Maintain and Operate basis. It has been mentioned in the document that this step will lead to creation of world class category/business class Heritage Hotel with allied facilities which would attract national/international users.
Disclosing that several top hoteliers of the country have already shown keen interest in development of Heritage Hotel, sources said, “Mubarak Mandi Jammu Heritage Society will ensure that during the conversion of identified portion into Heritage Hotel the original architecture of the buildings is not fiddled with and protected properly”.
As per the Expression of Interest, national/international chains engaged in hotels and hospitality industry having minimum of 20 years experience in development, operation and ownership of five star category hotels/heritage hotels can participate. Moreover, they must have minimum average turnover of Rs 35 crore per annum during last four years.
“The company should have an experience of project undertaking and restoring and during last 10 years should have completed at least 5 heritage properties/hotels in India having a minimum of 15 rooms each”, the EoI said, adding “the interested company should have experience of managing/operating at least 5 hotel properties in India out of which at least two should be the heritage properties”. The last date for submission of Expression of Interest is August 9, 2021.
Sources claimed that by converting portion of historic complex into Heritage Hotel the Government wants to promote Mubarak Mandi as wedding and tourism destination and generate sufficient funds for proper maintenance and upkeep of entire grandeur in future.
They disclosed that already restored two buildings and six buildings which are presently being conserved by utilizing the funds provided by the Jammu and Kashmir Infrastructure Development Finance Corporation will be used for setting up of State-of-the Art Museum, library and convention centre for which the Union Culture Ministry has assured funds. “In this way, one portion will be utilized for common masses and another for generating revenue for maintenance of mammoth complex”, sources said.
However, the move has invited sharp criticism from the civil society. Former Director Tourism Jammu Ajay Khajuria has dubbed the move as wrong and in blatant violation of the approved Master Plan.
“Mubarak Mandi is a protected monument and anywhere in the country no such monument has been put to commercial use like the one J&K Government has proposed. Such a move is not going to attract tourists but will definitely erode the Dogra identity”, he further said.
“The Government should conserve all the buildings of the complex and put the same to such a use that architecture and culture of Dogras is reflected and at least some percentage of Mata Vaishnodevi pilgrims could be attracted to this historic complex”, he said.
Former Minister and President of Dogra Sadar Sabha Gulchain Singh Charak has dubbed the move as an attempt to trivialize the symbol of Dogra pride and heritage by treating it as real estate in violation of the Jammu and Kashmir Ancient Monuments Preservation Act.
“The proposal commercial disposal of Mubarak Mandi will be strongest disheartening blow to Dogras”, he further said, adding “the decision to convert vast portion of historic complex into Heritage Hotel is also in violation of the Master Plan approved by the Governing Body”.
“It is unfortunate that instead of preserving and protecting the historic complex for projection to the outside world, the Government is going to commercialize this”, he rued.
Similar concern has also been expressed by representatives of different organizations.