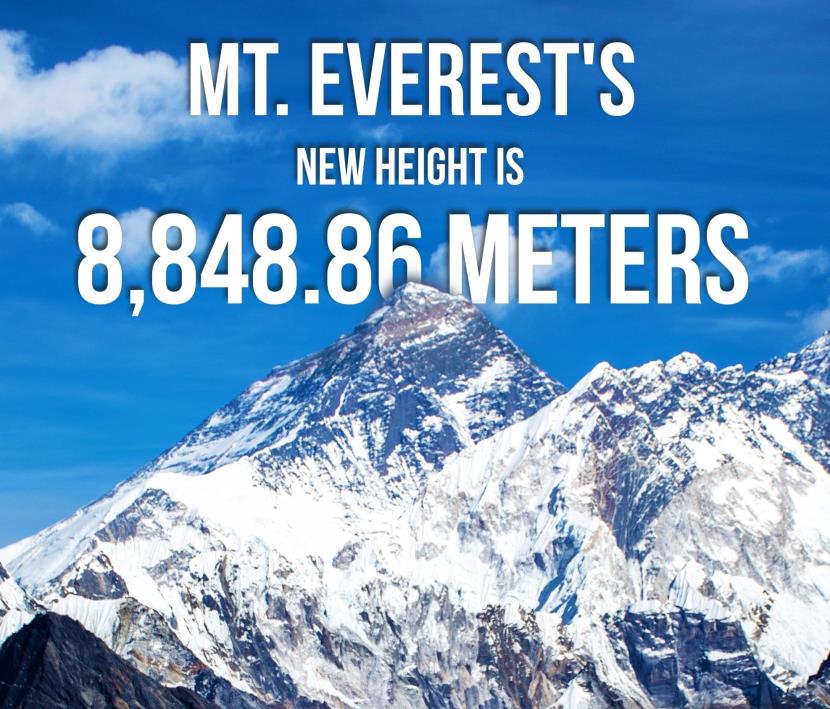 The new height of Mount Everest is 8848.86 metres, announced Pradeep Kumar Gyawali, Nepal Foreign Minister on Tuesday. The height of Mount Everest has increased by 0.86 centimetres, said Gyawali. After working for a year on processing data regarding the measurement of the world’s highest peak, Nepal on Tuesday announced the newly-measured height of Mount Everest. Nepal undertook the initiative to measure the height of the world’s tallest peak after speculation that the height of 8,848 metres might not be the actual height after the 2015 earthquake which shook the nation. While deploying Nepali officials and experts to re-measure the mountain’s height, the Government of Nepal also coordinated with China in its domestic efforts. During Chinese President Xi Jinping’s Nepal visit in 2019, both nations signed an agreement to jointly announce the height of the world’s tallest peak. Measured in 1954, 8,848 metres was the widely accepted and recognised height of Sagarmatha, the Nepali name for the famed world’s tallest peak.