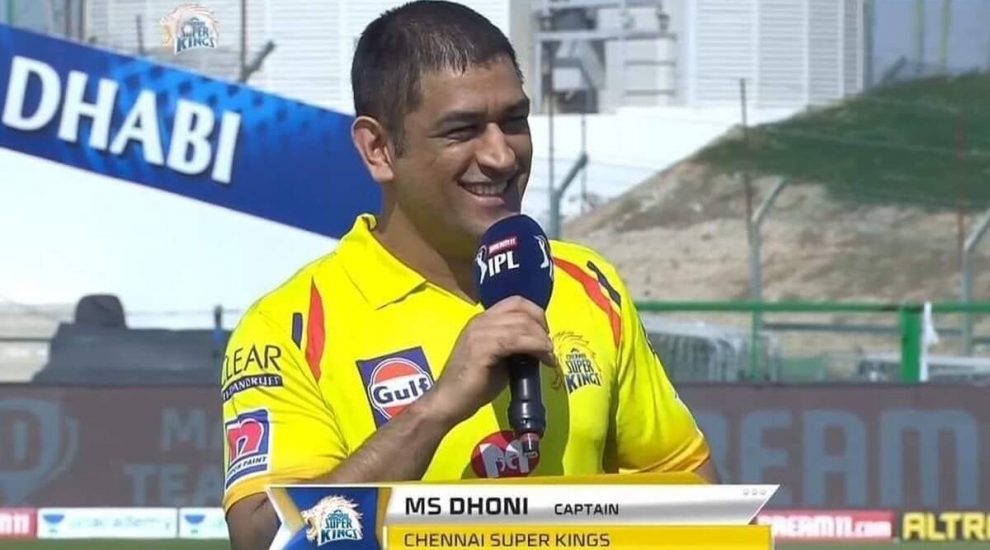 Abu Dhabi, Nov 1: Chennai Super Kings captain MS Dhoni confirmed on Sunday that their final league stage match of the ongoing season against Kings XI Punjab will certainly not be his last game in the IPL and he will be back with CSK next year.

At the toss, commentator Danny Morrison asked Dhoni, ”Will this be your last game in Yellow?”

MS Dhoni was quick to respond: ‘Definitely not’.

Speculations were rife about MS Dhoni’s IPL future as the aging CSK side suffered their worst season ever. The three-time champions CSK have been eliminated from the play-offs race for the first time in the history of IPL.

However, CSK captain’s confirmation that he will turn up for the franchise next year as well has put all the speculations to rest now.

Notably, MS Dhoni had announced his international retirement on August 15 after the T20 World Cup, to he held in Australia in October-November, was postponed due to the COVID-19 pandemic.