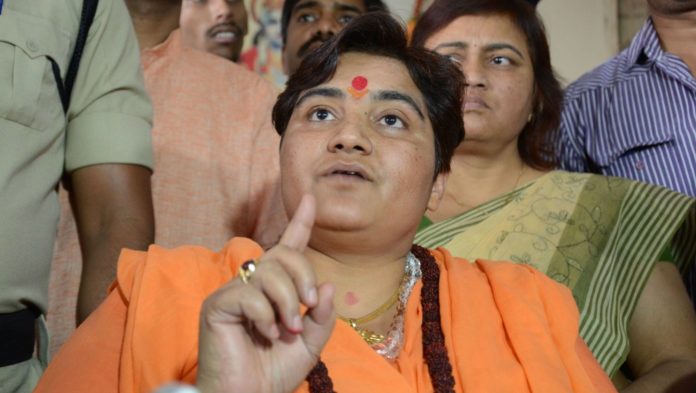 Madhya Pradesh minister Sajjan Singh Verma on Wednesday said that Pragya Singh Thakur will become the reason for Prime Minister Narendra Modi’s downfall.Verma’s remark came after some members of the National Students’ Union of India (NSUI), a student outfit of the Congress, raised slogans like “terrorist go back” against the BJP MP at the Makhanlal Chaturvedi University.

“I got to know that girls shouted slogans like ‘throw the terrorist out’ on seeing her (Pragya Thakur). Children are seeing Pragya on TV, that she is fighting on a plane, or on a train and even on the roads. She is behaving as though she is above the President now. She will surely become the reason for Narendra Modi’s downfall.

Thakur, who had gone to meet girl students who were protesting over an attendance issue in the university, said that she will take action against those involved in raising slogans against her.

“The NSUI members raised slogans that I am a terrorist. These slogans are illegal and undignified. Abusing someone who occupies a constitutional post and insulting a woman sanyasi is anti-national in nature. I will definitely act on this. We cannot have mercy on anarchic elements, else they will grow in number. Action is necessary,” she said.