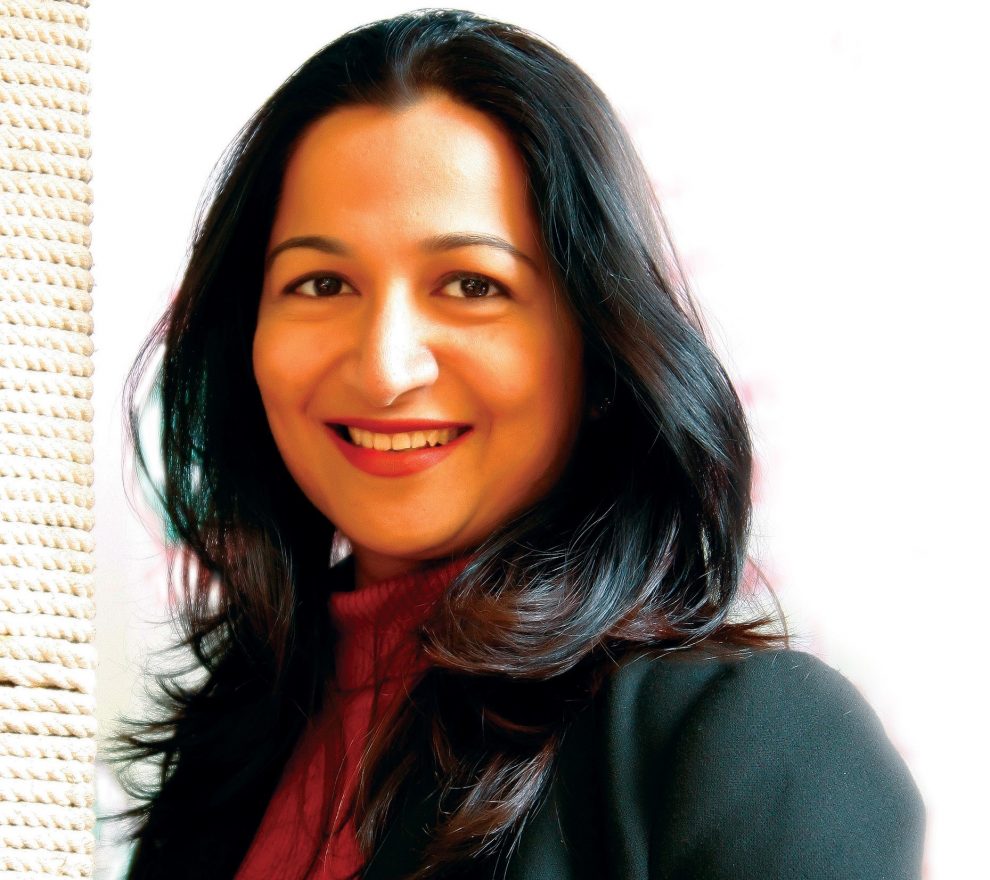 The sudden chill woke me. It was dark outside. The moon, if it was somewhere in the sky, had not made its way to outside my room. I was in the room Nihar had died in, the thought hit me after the chill did. The room had been cleansed of his presence. All that remained was the impersonal sterility of the hotel room, sanitized and impersonal. There were many who would have stayed in this room since the time he had been found in it. It had been months since the day.

Last evening, I had spent wandering around the property, revelling in my aloneness. I wondered what was happening back at the villa. Da Costa would have told them where I had gone. There had been no calls from Kamini. Maa had called, and then was rather upset when I told her I was in Goa with Kamini.

‘Why would you go and stay with Kamini and not come home to me?’

‘It was a shorter journey, Maa,’ I explained. ‘And it was a complete impulse decision.’

‘Are you sure you will be alright?’

‘I am alright, Maa, but Kamini isn’t. Did you know she has leukaemia?’

The brief silence at the end of the line told me she did.

‘And you didn’t think it important to tell me?’

‘She was okay, she said, she was getting treatment for it.’ Her voice was sulky, resentful. ‘And Pappa had just died and then your husband after him. I was in no state to deal with her illness.’

I fell quiet. It had been a difficult time. Perhaps she had blocked Kamini’s illness from her mind, perhaps it was a non-priority for her. At times, self-preservation is greater that compassion for another, at times to be selfish with one’s grief is the only way to hold oneself together.

‘Well, she’s rather serious now. She’s refused to continue with treatment. She doesn’t look too good, Maa. I think you should come see her.’

‘You know I can’t travel all that way. I’ll die before her.’

‘I know I will. But I haven’t had anything to say to her in years. I don’t think her dying would change anything.’

‘I know that, you don’t need to keep reminding me. Which reminds me, what news from Roop? She hasn’t bothered to call for the past so many days. Why will either of you bother about your old, ill mother….’

I cut her off before the speech denigrated into how we had both abdicated all our responsibilities and wouldn’t bother to even come to her funeral, and for this she had carried us in utero for nine months and suffered forty-eight hours of labour for me, who was now a right ingrate and I would know when I had kids of my own.

Conversations with Maa always set me on edge. It would take me a while to recover. Why was it always so with the ones we were the closest to. The most mundane of conversations with them would be an exercise in sparring and jabbing quick and deep enough to draw blood.

The evening faded into night yesterday, a swift descent into blackness from the orange-dappled sky of sunset that spread out before me, right to where the resort went to the stretch of the private beach. The hushed evening sounds of crickets and the birds whirring back to their nests were tempered with the faint sounds of the band at the main restaurant striking up a tune after a few stray discordant chords of tuning. What were Nihar’s last minutes like, I wondered. Had he suffered? Had it been peaceful? I would never know. Had he heard the hotel live singer plodding through off-key versions of hits from the 1970s? Had he seen the birds flying back to their nests and the fruit bats emerging from theirs? I sat on the sit-out, staring down the path that connected the villa to the main pathway leading to the reception and the main hotel, nursing a glass of wine for the longest time before I went to bed, feeling the loneliness overwhelm me.

I’d ordered in a chicken biryani, which I’d barely picked through, and then lay down in the bed waiting for sleep, unmedicated sleep. It would be a long time coming, I knew, and when it did come, I never knew where I would be. This was the bed Nihar last slept in, this was where he last drew breath. Some part of him would be lurking around here, struggling to find an explanation for what had happened with him, struggling to find closure. What had his last day been like? Why had he chosen to stay here, rather than closer to the venue of the conference? What had it been like, knowing he was going to die? How had each of the bruises on his body come about, how had he been overpowered, how had he struggled, when had the fight sagged out of him, when had the breath left his body, when had his body become flesh?

Dark shadows flitted in the dim light that lit the pathways, the bats of the night flying through the fruit trees, navigating their way with the sounds they sent out, the darkness no deterrent to them. The sub-aural screeches they used scratching against the inner ear, a faint sense of dissonance. I went back into the room and locked the door. Sleep would be a long time coming, I didn’t want the luxury of a quick slide into medicated blackness tonight. I wanted to have my brain with me, not trussed up with the bonds of the chemicals racing through my bloodstream.

The room was cold when I woke. Ice trickled down my cheeks as the tears dripped out from the sides of my eyes. I could feel gooseflesh all over my body. I got up and went to the air-conditioning control panel. It was set to 23 degrees Celsius. It felt sub-zero. Surely my skin was freezing and cracking up with the chill? I switched the air conditioning off and opened the window leading out to the balcony, stepping out into the warmth of the tropical night, feeling the heat seep through the layers of my dermis and epidermis through the fatty layer, the muscle, and hitting the bone. In my chest, thumping behind the sternum, cosseted by the lungs, my heart was still an icicle lodged in my chest, impervious to all that was going on around me. The wind was balmy and gentle and teased me, the tang of the sea in it, and the dirge of the sea sirens riding on it. From the villa next door, I could hear laughter, a female voice. Then the deep tones of a man saying something, followed by more female laughter. The world was created for couples and families. Those who chose to stay alone in it had no place, they were the unwelcome abominations of social constructs. I was one now. I went back into the room, closing and fastening the locks on the full windows, shutting out the laughter.

Excerpted with permission from More Things in Heaven and Earth, Kiran Manral, Amaryllis Publishers. Read more about the book here and buy it here.