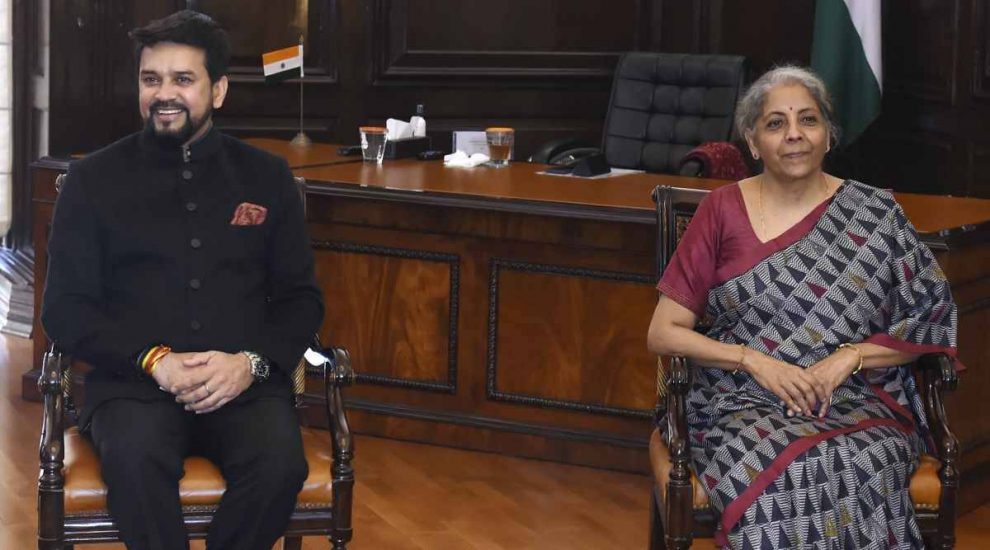 Yet another year of uncertainty begins with difficult finances, not so certain growth and perhaps  some experimentation by the Union Finance Minister Nirmala Sitharaman. All in the backdrop of people having major expectations.

Two years ago, on September 20, 2019, less than 40 hours before Prime Minister Narendra Modi’s Houston event, the government announced a massive corporate tax rate cut, lowering the base rate to 22 per cent from 30 per cent, and to 15 per cent from 25 per cent for new manufacturing companies. Till such time individual and tax rates were in sync.

Now people want that synchronisation to be re-established. The individual income tax rates remain very high at 42 per cent and 30 plus 3 per cent. It robs an income tax payee of almost 73 to 83 per cent of his income. The aspiration is that it be lowered to 20 to 22 per cent, possibly ideally as per Chanakya principles to around 17 per cent to help generate demand. The aspiration is because of the difficult three years of Covid-19 uncertainty, job losses, income contraction and severe inflation at 14.6 per cent. One wishes that the Finance Minister listens to them.

She has her problems of constricted finances, not the desired growth or rather uneven growth instead of a high trajectory that could have generated jobs, increased demand, boosted production and paved the way for demand. Though she should do that, it’s possible she would like to avoid the call. And people should be thankful that she does not introduce her own thought of expenditure tax, earlier rejected by many finance ministers.

The idea evolved by socialists finally was rejected by them. Contraction of spending is not a good idea. Let people spend and those who can, save in classical Indian style. The FM should rethink of incentivising savings by asking Reserve Bank of India to raise interest rates. If she does, it would bring back the sustained growth pattern and strengthen Indian families come out of the crisis.

The FM needs to do it. If she had done this before, the government would possibly not have to resort to free food, edible oil and other doles to 80 crore or 61.54 per cent of the population. It is a benevolent approach of the government but could have been avoided if the families had the strength. Modi told people of Gujarat on August 3, 2021 that Covid-19 has caused a body blow to the poor and government spent Rs 2 lakh crore to provide free ration till last November. Now it is extended to March 31, naturally incurring more expenses.

The FM should now, through various policy formulations, try to empower the families. It may help the country reduce these expenses in the next four to five years and aid the country to invest in many projects and create demand.

The budget would invest in many metro, infra projects, healthcare, railways and ports. It also may take up the issue of regulating crypto currencies. Last year, the new National Bank for Financing Infrastructure and Development (NaBFID), with a capital base of ₹20,000 crore and a lending target of ₹5 lakh crore over a three-year horizon was set up. In five years, it targets Rs 111 lakh crore investment.

NaBFID Chairman KV Kamath says that it would require Rs 80 lakh crore in 2022-23 to kickstart big ticket projects like high-speed railways, airports, ports, highways, river interlinking for the national infra pipeline. Infra is critical and risky both. Highway investments may go up by 35 per cent. The ASEAN had gone bust with high infra investment. It aims to make it up by further asset sales of the PSUs.

It looks interesting but the financial risks cannot be overlooked. The rise of private at the cost of public sector has its ramification. There are proposals for disinvesting 36 PSUs, including Central Electronics, PDIL, LIC, four major banks by 2024. The funds through sales would only help reduce fiscal deficit.  The number of profit-making PSUs was 183 in 2017-18, 179 in 2018-19 before declining to 171 in 2019-20, said industry minister. According to the government’s new public sector policy, profit or loss incurred by a PSU is not criterion for disinvestment anymore.

It should also be remembered that the 2007-08 Lehman global meltdown was the handiwork of the private corporate. The Rs 7000 crore Satyam scam in 2009 singed India as well. The FM has to come out with a balanced foolproof system. There are a series of promised projects for poll-bound Uttar Pradesh, Uttarakhand, Manipur, Goa and Punjab. The strong ‘multiplier effect’ of infrastructure spending can be realised, only if it is delivered in a timely manner and is effectively targeted. None should get delayed or stalled.

It has to lay special emphasis on agriculture. Procurements are on the rise but still unable to satisfy farmers. The budget proposes to increase loan limit to Rs 18 lakh. Various infra funding, healthcare, agriculture, small businesses would depend heavily on banks, which are certainly not so comfortable. As per the RBI, banks have Rs 8.35 lakh crore Non Performing Assets. Even there are plans to allow youth to have loans from banks for entrepreneurship.

Looks good. But MUDRA loans’ record is not that bright. Bad debts for Mudra loans have spiked for PSBs, and, at the end of 2018-19 (FY19), stand at 9.3 per cent of advances. There has been 71 per cent jump in the number of MUDRA loan accounts that have turned NPAs in Gujarat in 2021.

India has to invest more in healthcare. Last year by mixing figures of Ayush it projected 137 per cent increase to Rs 2.23 lakh crore funding up from Rs 94000 crore. It had included Ayush figures too. The real rise was miniscule. Hope FM would take more sincere steps this time as India’s public healthcare system remains rudimentary and private system is extremely expensive and exploitative. Despite Covid-19 situation and now Omicron, investment in the sector does not look easy.

Creating jobs and less reliance on the public sector are contradictory. Organisations like PDIL are watchdogs that private or foreign investors detest. Mere infra cannot sustain or boost job demands for long. It has to look how the medium and small industries grow. So far the stress on MSME is a bit lukewarm. The budget has to be more innovative.