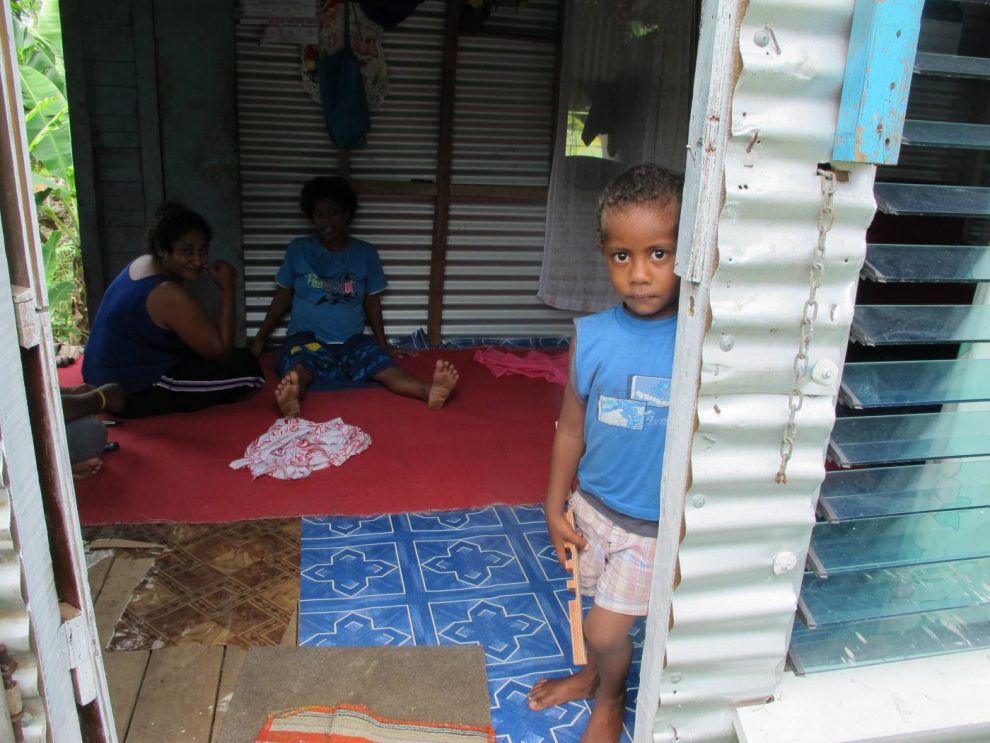 BARCELONA: Governments have made progress on understanding how people are forced from their homes by climate stresses and on preventing some of the worst impacts – but there is still far to go before communities are properly protected, top officials said.

Fiji’s Prime Minister Frank Bainimarama told an online event – to mark five years since global agreements to tackle climate change and disasters were adopted in 2015 – that the threat of worsening storms and rising seas had become more “existential” by the day.

“As we are reminded with every new storm (in Fiji), this is a matter of survival,” he said in a video address on Thursday.

Since 2016, his small island nation in the Pacific had experienced 12 cyclones, three of them top-strength, while seas were creeping higher, rivers flooding more often and droughts becoming longer.

“If you have spent the last five years watching communities and livelihoods destroyed by a changing climate, the notion of a more resilient world is still little more than words on paper,” he said.

The impacts of a warming planet are putting more Fijians at risk of displacement from climate-linked threats, Bainimarama said. The government has identified at least 43 communities that would need to be relocated to higher ground.

In 2019, it set up a trust fund to support that effort, and six communities have been moved already, he added, noting Fiji also had drawn up guidelines that enable people to participate in planning their own relocation.

As communities move, challenges have included things like helping fishermen – who no longer live near the sea – find a new way of earning a living, he added.

Fiji chairs the Platform on Disaster Displacement, which supports states to prevent and prepare for displacement before disasters hit and respond better when their citizens are forced to seek refuge, either in their own country or across borders.

Bainimarama said the strategy of relocating people to prevent them and their property being harmed by worsening extreme weather and rising seas was now widely recognised compared with several years ago.

Other vulnerable communities were finding ways to stay put in their homes through things like building sea walls, while governments were now planning better for disasters and building back stronger homes and communities afterwards, he noted.

“But none of the necessary steps are happening at the pace or scale needed. We just aren’t changing as quickly as the climate – and that failure is already costing us lives, livelihoods and years of lost development,” he added.

Renewed interest in the issue from the U.S. government under new President Joe Biden could help speed things up.

On Thursday, Biden issued an executive order asking national security officials to work with heads of other key government departments to prepare a report on climate change’s impacts on migration, including forced displacement and planned relocation.

The report – to be submitted within six months and made public – should include discussion of international security implications and options for protection and resettlement of those displaced, the order said.

The report will explore how its findings should shape use of U.S. foreign aid, and ways the U.S government can work with other countries and organisations to address the problem.

Kayly Ober, climate displacement manager for Refugees International, said producing the report would be “a bold and new step forward in establishing the United States as an important world leader in this critical area”.

At Thursday’s event, several heads of U.N. agencies also spoke about the need for faster action to avoid climate change forcing people from their homes and to help them cope if they are uprooted.

Mami Mizutori, who leads the U.N. Office for Disaster Risk Reduction, said about 25 million people were being displaced by weather disasters on average each year, and life had become “much more precarious” in climate-vulnerable countries.

She cited the example of Mozambique, a southeast African nation struck by two major consecutive storms in 2019, and again by two weaker ones in the past couple of months.

The most recent storm uprooted about 80,000 people, she said.

Globally, Mizutori said there had been a notable reduction in the loss of life caused by extreme weather events like storms and floods, as governments stepped up efforts over the past five years to evacuate millions of people to safer places.

But the number of people affected by disasters remained “chronically high”, with displacement one of the harshest consequences, pushing many into crowded city slums or to other countries where they do not always get a friendly reception.

Only about 100 countries have so far put formal strategies in place to cut the risk of disasters, she said.

Such plans can include things like early warning systems, stronger building codes and a ban on construction in flood-prone areas.

Mizutori also called for more funding to support those efforts, which she said was currently “quite pitiful”.

U.N. High Commissioner for Refugees Filippo Grandi said refugees, people displaced inside their own countries and stateless people were often among the first to be affected by climate change impacts.

“We need to invest now in preparedness to mitigate future protection needs and prevent further climate-caused displacement,” he said in a statement. “Waiting for disaster to strike is not an option.”