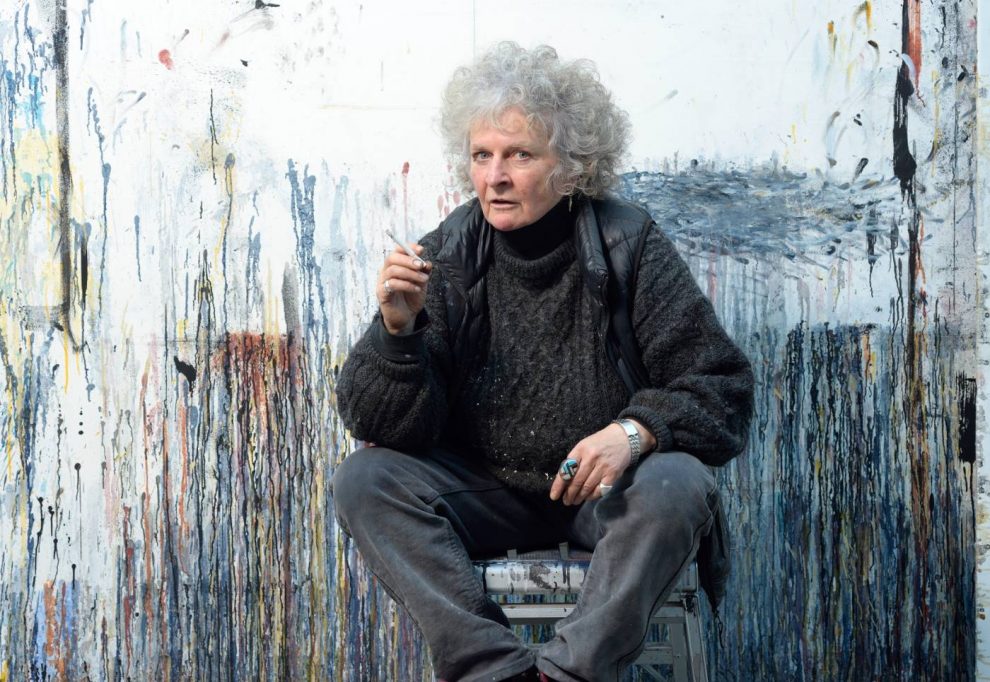 LONDON: British artist Maggi Hambling, whose monument to feminist icon Mary Wollstonecraft will be unveiled in London on Tuesday, said the pioneering thinker would be “dancing a jig” over Kamala Harris becoming the first female U.S. vice president.

Hambling said it was “terrible” that women were still so underrepresented among statues in the British capital, where campaigners say more than 90% of monuments celebrate men, as she paid tribute to Wollstonecraft.

“Mary Wollstonecraft was a life force in women’s battle for freedom. She was the forerunner of feminism,” Hambling told the Thomson Reuters Foundation.

“I think she would be dancing a jig in her grave to celebrate Kamala Harris. She would be incredulous at this marvelous thing that’s happened.”

A champion of women’s rights in the 1700s, Wollstonecraft led a colourful and unconventional life – at one point ending up a single mother in the midst of the French Revolution.

Best remembered for her “Vindication of the Rights of Woman” published in 1792, she called for gender equality a century before the suffragettes’ campaign for women’s voting rights.

But Wollstonecraft was written out of history for a long time because of attitudes towards her personal life, which included several affairs.

“She was an almighty force. A monument is long overdue,” said Hambling, one of Britain’s most celebrated contemporary artists.

Her sculpture comes amid a debate over the cultural significance of public statues and calls to commemorate more women.

“There’s certainly been as many important women as important men, and it’s terrible there’s such a lack of monuments,” Hambling said.

Author Bee Rowlatt, who has led a 10-year campaign for a monument, said Wollstonecraft’s ideas had changed the world, but her legacy was buried in a “sustained misogynistic attack” following her death in childbirth aged 38.

“Today we are finally putting this injustice to rights,” she added.

Cast in silvered bronze, “A Sculpture for Mary Wollstonecraft” shows a tower of intermingling female forms rising up, topped by a figure which represents all women challenging the world.

Wollstonecraft’s quote – “I do not wish women to have power over men, but over themselves” – is written on the plinth.

Hambling said the battle for women’s equality was not over and the statue could be seen as “a rocket of hope going up into the sky”.

The artist said she wanted the sculpture to reflect Wollstonecraft’s spirit, rather than her likeness, and to move away from the tradition of “male heroic statuary” to create something timeless that passers-by would engage with.

“The minute you do someone in historic costume the whole thing belongs to history,” she added.

“(The composer) Mahler said ‘tradition is not the worship of ashes, but the preservation of fire’ – and she was certainly full of fire.”

The statue has been erected in Newington Green in north London, where Wollstonecraft lived and ran a school for girls, but Hambling will miss the unveiling because Britain is in lockdown.

Her other famous statues include a London memorial to writer Oscar Wilde, showing him rising from a granite coffin, cigarette in hand, and a giant steel shell on a beach in eastern England dedicated to composer Benjamin Britten.

The Wollstonecraft sculpture comes two years after a statue of Millicent Fawcett, who spearheaded the campaign for women’s right to vote, was erected in London’s Parliament Square.

Earlier this year, a statue of a 17th century British slave trader was toppled by anti-racism protesters in the city of Bristol and briefly replaced with a statue of a Black female demonstrator.