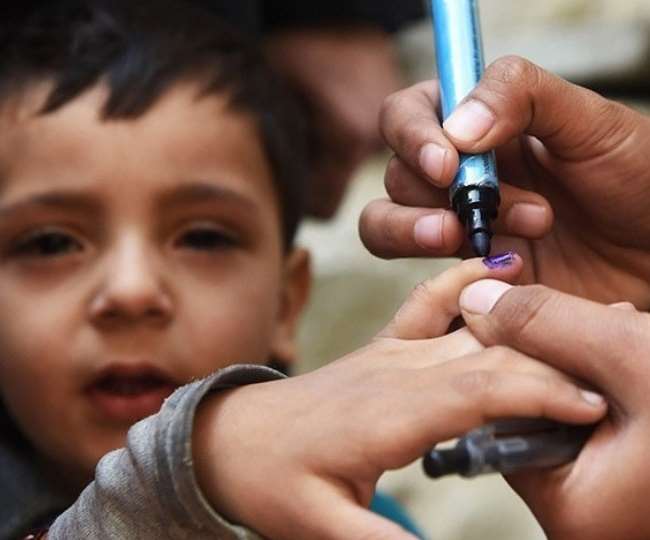 Pakistan has decided to import polio markers from India, months after suspending all kinds of trade with its neighbour.The markers, which are used to mark the fingers of children after administering them polio vaccine, are approved by the World Health Organisation (WHO), Dawn reported.

India and China are only WHO pre-qualified manufacturers in the world. Pakistan used to purchase ink from China but, according to an official, there were issues with the quality of markers.The one-time permission was granted by the Pakistan government following the demand raised by the country’s pharmaceutical industry.
Islamabad on August 9 suspended all trade as a part of severing diplomatic ties with India after the latter abrogated Article 370, which gave special rights to the erstwhile state of Jammu and Kashmir

In September, the Pakistan government had lifted the ban on the import of medicines and raw materials for medicines from India.”There are only two WHO pre-qualified manufacturers in the world, in India and China, which manufacture non-toxic markers as children can swallow the ink,” said Dr Rana Safdar, National Coordinator of the Emergency Operation Centre for Polio.

“Though the WHO procures markers for us and, in the past, it had purchased markers from China, there were issues with the quality of markers. We had lodged a complaint that the marks faded before the post-monitoring team’s visit,” added Dr Safdar.
WHO had started procurement from India and, before the announcement of the ban, it had given an order for 800,000 markers to the manufacturer, but the stock could not be delivered due to the ban. But now because of the decision of one-time lifting of the ban, we will get the markers. Meanwhile, the Chinese manufacturer has been contacted to provide us quality markers,” he said.

Pakistan is the country that is still battling the epidemic of polio. The government has launched a massive anti-polio drive early this month to vaccinate the children. However, the drive is opposed by terrorists, who regularly target the vaccination teams.