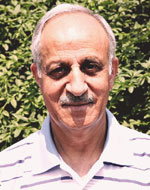 Mohammad Ashraf
A versatile writer and commentator, Mohammad Ashraf has spent decades in developing tourism facilities, culture and awareness in Jammu and Kashmir and Ladakh. Way back in mid 1960s, Ashraf went for training in adventure sports like mountaineering and skiing at the Himalayan Mountaineering Institute, Darjeeling and in Gulmarg. He joined Jammu & Kashmir Tourism Department as Deputy Director in 1973 and rose to head the same Department in 1992 as its Director and was promoted as Director General in 1996 from which post he retired in 2003 after a total service of 30 years in Tourism. A pioneer of adventure spoets, he has served as Vice-President of the Indian Mountaineering Foundation. To commend his efforts in introducing rescue measures in Kashmir Mountains, he was awarded “Merite-Alpin” by Swiss in a special function in Les Diablerets in 1993. He continues to be a member of the Governing Council of IMF and is also the Patron of the Jammu & Kashmir Mountaineering & Hiking Club. He considers his greatest achievement the pioneering of Tourism in Ladakh. In 1974, Ladakh was opened for foreign tourism by Government of India. Ashraf was extensively involved in developing tourism in this mysterious and enchanting land beyond the Himalaya. He considers it as his first love and is fondly remembered by its inhabitants for promoting tourism in this area.