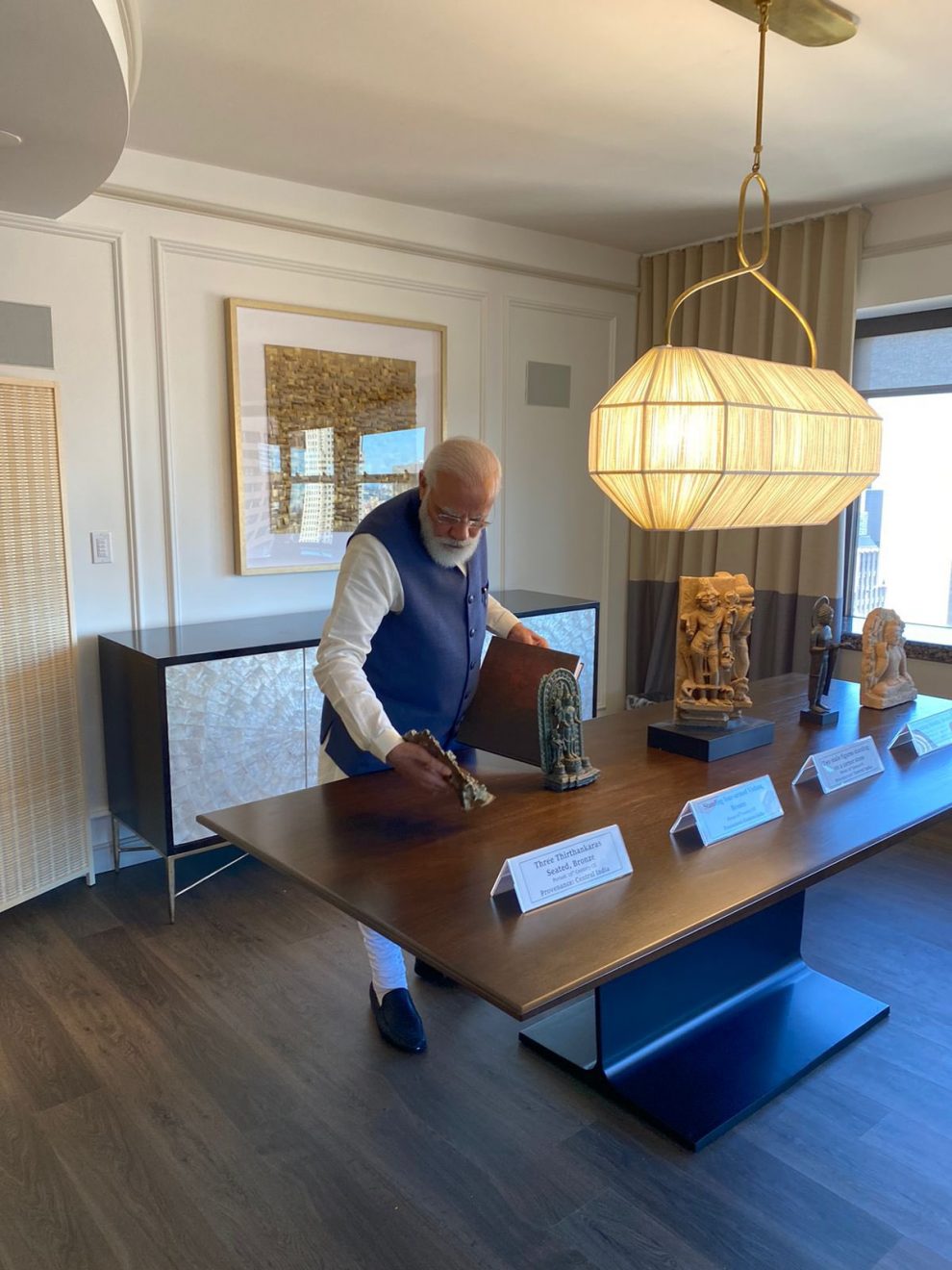 The visit of Prime Minister Narendra Modi to the US has tried to kindle hopes in an economy that needs investment. But the American companies have yet not given any firm commitments at the meetings with corporate CEOs. This despite India having taken several steps to usher in reforms through an asset reconstruction construction company (ARC) or the bad bank, lower interest rates, networked businesses and chain of roads.

The Prime Minister held bilateral meetings with US President Joe Biden and Vice President Kamala Harris and also met with his Australian and Japanese counterparts Scott Morrison and Yoshihide Suga. Modi also participated in the first in-person Quad meeting after COVID-19 and  held meetings with five global CEOs for potential investment in India on Thursday last.

Some companies such as Qualcomm has investments in wireless modem, digital media networking, dairy transportation to defence. Now Modi suggests these to invest in hi-tech sectors and measures to strengthen innovation ecosystem. As the Qualcomm is in India since 1996, it may continue to increase its operations, but that would be its business decision.

General Atomics, which opened its first office in India in 2018, is making significant contributions to deepen Indio-US defence and security cooperation. It is working with both governments in an effort to provide India with the latest defence systems and technologies. At the same time, it has partnered with Indian companies to develop solutions for Indian defence as well as capacity building.

Investments in real estate too are always lucrative. Blackstone Real Estate Fund has so far invested $15 billion in real estate, private equity, real estate, education, fashion, packaging and housing finance. It would continue to do so as per the meeting with its CEO Stephen Schwarzman. The Fund is said to be the largest owner of commercial real estate in India. The company played a key role in launching India’s first real estate investment trust (REIT) along with its partner Embassy Group in 2019 and has since launched two REITs in the country.

The Quad is a symbolic multilateral body. It provides a platform to seek cooperation from like-minded countries on issues such as ensuring respect for territorial integrity, sovereignty and peaceful resolution of disputes. It is a kind of united front to check the unceremonious and belligerent activities of China. As President Joe Biden says it plans to open up to build a free Indo-Pacific. The Quad leaders agree to scale up collective strategic cooperation and it’s gaining momentum, but still China could not be contained to the extent it is planning.

However, there may be gains in the future. As of now, it is expectations amid not such good situations in the domestic arena. The country’s non-performing assets (NPAs) increased because of not only the business cycle but also due to many underwritings. Various steps such as taming inflation, the Insolvency and Bankruptcy Act, Real Estate Regulatory Act, and GST did not add as per the desired growth. These have shaken the system and market confidence. The rules are more stringent and do not help the people. Foreign investors, though may be keen, too have apprehensions, which partially the scrapping of the retrospective taxation may help.

Corporate tax rates were cut but it ignored the pivot, the individual. His taxes peaked during 2019. It hit the basic capacity of the individual to ride through a crisis pandemic situation. At 42 per cent plus various cesses, India has the highest tax rates. Gestures by foreign countries would not be enough to bring back that confidence. Even now it would be welcome to cut the income tax rates as this would boost the individual’s capabilities and benefit the entire economy as he consumes more.

The lower interest rate is playing havoc along with tax deductions on deposit hedging against inflation that interest accrual does. This affects the developmental process and to accelerate it,  the interest rates must be lowered.

Economic development is a complex matter. It cannot be done merely by the government but needs involvement of all — businesses and the public in their various sphere of activity. The pattern may be the level of cooperation and social discipline seen in ASEAN – South East Asian nations. The country needs to ponder how the entire system is to be revamped.

The new ARC or the bad bank with the limited government guarantee will remove Rs 22.14 lakh crore ($30 billion) NPAs from the system. From now on, it will be under one entity resolution which would be easier, it is being said. Bad bank is not all virtue. It started in 1988 with Mellon Bank, which created bad bank to hold $1.4 billion bad loans. Others who have it are Sweden following Swedish bank crisis in 1992, the UK, Germany, France, Finland, Indonesia and Belgium and many others. The US sub-prime mortgage crisis has been one of the worst global tragedies.

The global experience sees bad banks having excessive and hidden fees, funds or cheques bouncing, most expensive debits, loyalty means virtually nothing, large errors and mistakes and failing to honour the promises. Though it separates the good funds from the stressed, it has not been a solution to the NPA crisis. It may reduce bailouts but it is not ruled out. It can create a new kind of market in dealing with stressed loans, but there are apprehensions that asset buyers may resort to harsh unethical methods.

In a difficult situation new methods are likely, but it also has to be remembered that all Euro-US models of capital market should not be copied, as financial literacy is poor here and even in the most developed countries. Moreover, the Indian society is far more complex and heterogeneous. A complicated system may not be an ideal solution. Hiving off bad assets may be practical but settling those or reselling those for realisation of dues is not easy and would have many complications as each of the cases are different. True, the nation will chart out its course, but it’s  not easy and as of now no one has a clear idea how it would function.

The country has to balance critical situations with well-thought out measures. Demonetisation had done lot of harm and had given a big jolt to the economy. These new steps may have the capacity to give further jolts. While cajoling for foreign investments is a good idea along with ‘Make in India’, a self-sufficient atmanirbhar economy would need much more.