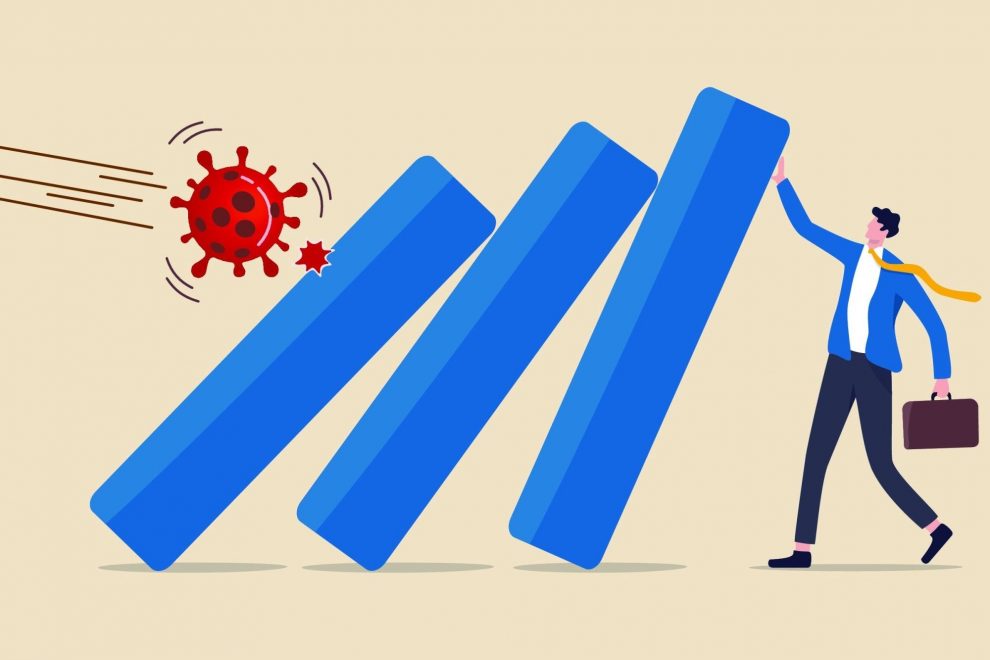 Prime Minister Narendra Modi has tried to give a fresh boost to the market and market forces to become an investment magnet. In his latest talk to a newspaper, he cites automobile, manufacturing, FDI and EPFO numbers as instances for a bright future as “economy is getting back on track.”

The Prime Minister’s words give hope as he says the big push to investment and infrastructure should become the driving force for recovery and growth and continue with reforms drive to ensure India becomes the world’s most preferred investment destination.

The nation must draw more funds from across the world to fulfill that dream for a panic-struck lock-downed country that has seen every aspect of life coming down to a grinding halt and the nation surviving on huge government doles that sustained 80 crore poor people through difficult days.

Modi’s discourse was preceded a month ago by a similar narration by Finance Minister Nirmala Sitharaman saying that the country needs a holistic approach to handling the economy. Both the exercises are aimed at boosting national and international scenario for larger inflow of funds and encouragement to corporate and citizens that opportunities abound.

It is true this vast sub-continent has options to revive, its people have resilience and in a short span domestic remittances have improved, according to a number of companies like Fino Payments bank, Paypoint, and FIA Technology. They estimate that money transfers by domestic migrant workers, who have started moving back to cities has increased 30 to 35 per cent of the pre-lockdown period.

Fundraising in digital space has also increased. Some of the big companies that were in deep debt have seen huge inflows to the extent that these are in surplus of a few thousand crore. Such platforms, their promoters say, will help the ecosystems, though their critics wonder whether the model would be sustainable or not.

A foreign online digital sales platform, Amazon, has invested Rs 1125 crore into the Indian market. It is being projected as an encouraging mode as it boosts sales of some of the foreign and Indian manufacturers. But startups accuse another platform, Google, of not playing fair as it deducts 30 per cent as commission against 1.2 to 1.5 per cent levied by external gateways. Domestic sellers find the monopolistic approach forcing its own app to be used as not beneficiary to business.

There is a revival trend, Finance Minister says and that is correct as the States are gradually opening up despite having the leash in their hands. It is not in favour of the free market that is being cited as getting back to normal. HCL Chairman Roshni Nadar holds the same view as Sitharaman as she sees the growth ahead because the customer demand is stabilising after the initial revenue decline during the lockdown. She expects her margins to improve by about 20 per cent and 2 per cent growth per quarter in post-pandemic situation that has given a boost to tech companies. The tech industry insiders are not that optimistic for the sector. They hope that companies’ balance sheets remain straight and there are no repeats of Satyam or Enron.

Automobile companies are riding the festival hopes and expect 15 to 30 per cent higher sales September-November amid people’s concern for travelling safe in personalised transport. Higher sales have their trouble on the roads in metros and some busy highways get choked. This is also an indicator that public transport has yet to get back to normal and having a trust deficit. Despite the positivity their annual revenues may plunge 14 to 18 per cent.

The railways are still shy of opening up the train routes and resuming normal operations of 11,000 life and business-sustaining trains. The present model of running only 162 pairs of high-cost, high-priced special trains is a burden on its balance sheet and a drain on the national economy. It erodes more GDP than vehicle sales can create. With higher use of fossil fuel, the carbon footprint also increases. The country’s lifeline has not only stilled itself but also sustenance of its people. Even goods train movements are from normal.

Though truck operations are gradually improving, it has yet to come back to normal amid hike in freight charges by 15 per cent. The raise is to defray higher cost of diesel and lubricants. Actual charges are more as there are fewer operational vehicles. The country’s inflation is being hit by rise in rail and road transportation costs. It is cutting into the income of farmers as well, who are also shelling out more costs on tilling as tractors have increased their charges.

The government so far has not been able to check inflationary trends. Both retail and wholesale inflation are rising. Retail inflation (CPI) remains high at 6.7 and has been rising since before the lockdown supply distortions. It remains at a high despite low incomes and weak economic activity.

The manufacturing sector is into growth path with September PMI touching 56.8 supposedly highest since January 2012. But it also has to be noted that the rise is a temporary post-lockdown phenomenon. If it is sustained it could see a high GDP growth. There is some hope as exports are rising after six successive months’ contraction sales are increasing.

As Modi says some sectors like the pharmaceuticals are becoming global suppliers. He quotes Moody’s to state that 154 green-field projects from the US have to come in India this year compared to 15 in China, 12 in Vietnam and 15 in Malaysia. And the truth is, as he says, the growth is commensurate with that of the performance, growth, political and economic management of the States. They have to build infrastructure.

And that is the problem. Their share of GST is presently locked up with the Centre. Roads, even the NHAI highways, are not in shape. In many States, law and order remains a serious issue. The number of jobless is rising and the governance and economic issues are being echoed, even in the crucial Bihar elections more than customary caste. While Prime Minister’s statement instills hope on a long-term basis, short-term solutions have to wait. There have been some onerous shocks to the economy since 2016. The small and medium, key to growth, are yet to resume operations. Many policy interventions are needed to even the path.

Bihar’s poll chakravyuh: Who will emerge Chanakya?
The call for a self-reliant India and the way forward
Comment