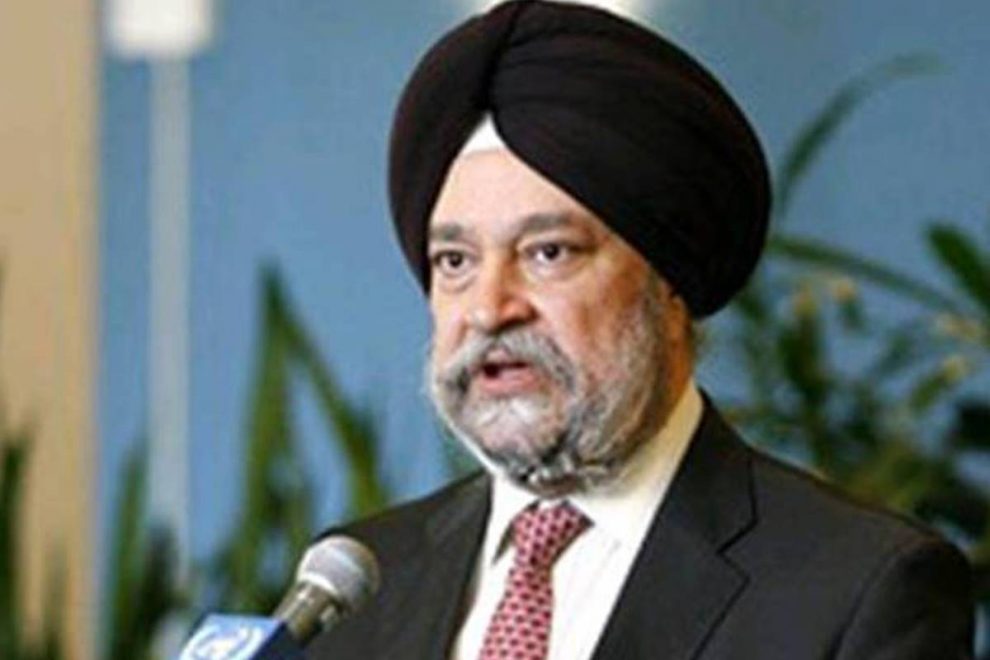 Urban Development minister Hardeep Singh Puri said Modi government’s flagship missions have put people at the centre of urban governance. During Covid-19 pandemic, the Integrated Command and Control Centres, which are already operational in more than 50 of the 100 smart cities, played a pivotal role in providing real-time information to enable health workers and city administrators in tracking the virus spread and in relief and rehabilitation work.

In an article Mr Puri wrote, three major flagship missions of the Ministry of Housing and Urban Affairs – the Pradhan Mantri Awas Yojana (Urban), Atal Mission for Rejuvenation and Urban Transformation (AMRUT) and Smart Cities Mission today completed six years since their launch on June 25, 2015. Mr Puri wrote, in the 10 years of the UPA from 2004 to 2014, the total investment in the urban sector was around 1,57,000 crore rupees while in the seven years of the NDA from 2014 to 2021, that figure is approximately 11,83,000 crore rupees.

Mr Puri wrote, a house built under PMAY(U) is in the name of the woman of the household or joint ownership, and mandatorily has a toilet. He said, this provides a fillip to female empowerment and safeguards the dignity of the girl child. The minister said, with envisaged investments to the tune of 2,05,000 crore, the Smart Cities Mission is a people-centred process.

Grant Thornton Bharat’s ‘Affordable Housing in India’ report said, Pradhan Mantri Awas Yojana – has created over 1.2 crore employment opportunities. The report cited that these employment opportunities so far were created through forward and backward linkages across 21 sectors. Besides, the report said that these sectors include 250 auxiliary industries like steel, brick kilns, cement, paint, hardware and sanitary amongst others.

Earlier, in an interview to AIR News, Housing and Urban Affairs Secretary Durga Shanker Mishra said, the houses constructed under PMAY are not confined to four walls and a roof alone. He said, the houses are having all the basic facilities like gas connection, proper sewage with septic tank.

Mr Mishra said, Under PMAY, more than 1.12 crore plus houses have been sanctioned and over 48.5 lakh houses completed, across the nation.