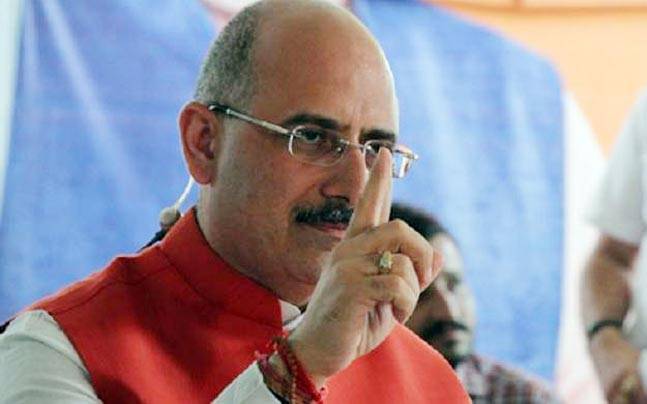 Hitting out at the opposition parties for questioning the intention of the Centre over Citizenship Act and several other issues, senior BJP leader Nalin Kohli on Monday said that Prime Minister Narendra Modi government is working as per constitutional procedures and in the interest of the country. Being asked about AIMIM chief Asaduddin Owaisi who during the anti-Citizenship law rally urged Bihar Chief Minister to sever ties with BJP. “With regard to what Owaisi is saying, it is for the sake of the power or for acquiring power. Different political parties are entitled to have a point of view. As far as Prime Minister Narendra Modi is concerned, it is all about serving the people of India.”

“There is no question of Prime Minister Narendra Modi’s government working against the constitution. Whatever his government is doing is as per constitutional procedures and only in the interest of the country,” he said. Kohli further responded to Samajwadi Party chief Akhilesh Yadav’s statement that he will not fill National Population Register (NPR) form and said such remark was not accepted from him.

“Any person who says I will not follow due process or he talks about breaking the law, how can this be a part of constitutional mandate or process? What kind of message is he giving to law-abiding citizens that a leader of the political party is saying that I will break the law just to suit my own political activity and purposes? He should reflect on it before making such comments,” he said. The BJP leader also cornered JD-U vice-president Prashant Kishor for stating that it is only Bihar Chief Minister Nitish Kumar who can tell under what circumstances the party has supported the Citizen (Amendment) Bill in Lok Sabha and Rajya Sabha.

“Any person is entitled to have a point of view. Our Constitution gives full right to people to express their opinions. However, as far as Narendra Modi government is concerned, it works to strengthen the Constitution,” he said.