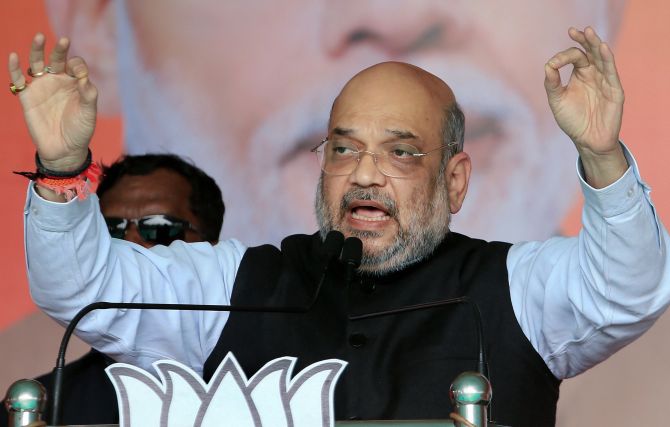 Amid opposition efforts to corner the government over Citizenship Amendment Act, Union Home Minister Amit Shah on Tuesday said that Modi government was firm on implementing the new law which gives citizenship rights to non-Muslim refugees from three neighbouring countries.
“I want to say (to opposition) oppose politically as much as you want, but Narendra Modi government is firm and we will ensure that people who have been deprived of their rights for so many years will be given citizenship,” the Home Minister said at the foundation stone-laying ceremony of Bharat Vandana Park in east Delhi. “They will become citizens of India and will live here with dignity,” he said.
The law provides citizenship rights to Hindus, Sikhs, Buddhists, Jains, Parsis and Christians refugees who faced religious persecution in Afghanistan, Bangladesh and Pakistan and came to India before December 31, 2014.
Earlier in the day, opposition leaders including Congress chief Sonia Gandhi met President Ram Nath Kovind to lodge their protest over Citizenship Amendment Act and sought its withdrawal.