Home Newsfeed Modern technology developed for use of Hindi, Sanskrit on ICT devices 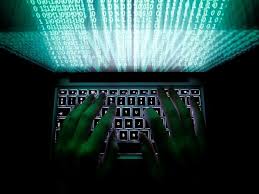 For promoting progressive use of Hindi and Sanskrit for official purposes, Ministry of Electronics and Information Technology has developed a system to use the languages on Information and Communication (ICT) devices.
It has been developed under Technology Development for Indian Languages (TDIL) Programme. According to the Ministry of Home Affairs, “Technology Development for Indian Languages (TDIL) Programme of the Ministry of Electronics & Information Technology, modern technology has been developed for use of Hindi and Sanskrit on Information and Communication (ICT) devices. The following software tools are available through http://www.tdil-de.in.” The Ministry said it in a reply on the use of modern technology to promote and publicize Hindi and Sanskrit.
“Language CDs containing Fonts, localized Libre Office, localized Firefox browser and other localized open-source software tools have been developed for all 22 Indian languages included in the Eighth Schedule of the Constitution including Hindi and Sanskrit, Text to Speech (TTS) Synthesis System for Hindi, Optical Character Recognition system for Hindi, Machine Translation Systems from English to Hindi and Sanskrit to Hindi, Sanskrit processing tools, Sanskrit e-learning tools,” the MHA said.
The government also informed the parliament about the vacancy and creation of posts of translators.
The government, in reply to question asked on the creation of new posts for Hindi and Sanskrit translators said, “The information regarding vacant and creation of Hindi post is being kept by the concerned government institution at their level. As far as the information regarding vacant and creation of new Sanskrit translators post is concerned, there is no provision of the use of Sanskrit for official purposes in central government offices. So information regarding vacant and creation of Sanskrit translators post is not being kept.”