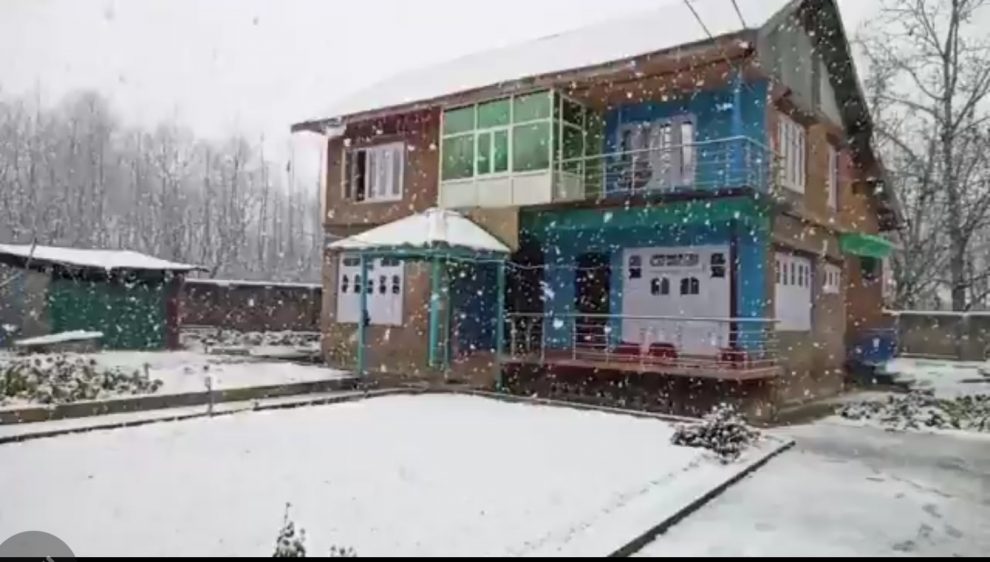 Srinagar : There was moderate snowfall at most places in Kashmir on Tuesday, bringing cheer to those associated with tourism and trade as they expect business to pick up in the New Year’s Eve.

Officials said snowfall started in Srinagar around 7 am, several hours after it had begun in neighbouring Budgam and Pulwama districts.

Snowfall was also going in Kulgam and Anantnag districts of south Kashmir, they said.

The officials said the ski-resort of Gulmarg in north Kashmir recorded seven inches of fresh snowfall, while Pahalgam resort in the south and Sonamarg resort in central Kashmir received around three to four inches of snow each.

Gurez in north Kashmir recorded three inches of fresh snowfall, they said, adding that there are reports of snowfall in other areas in the upper reaches of the Valley as well.

The officials said the area around the Jawahar Tunnel on the Srinagar-Jammu national highway also received snowfall since Monday but the arterial road was open for vehicular movement.

The snowfall ahead of the new year has seen many domestic tourists and locals rushing to Gulmarg and Pahalgam, they said.

The officials said Gulmarg saw more then 1,200 domestic tourist arrivals on Monday, while over 2,500 locals from various parts of the Valley were also in the skiing resort. The numbers are expected to swell over the next two days, they added.

Pahalgam resort also was seeing brisk footfall ahead of the new year celebration.

Meanwhile, overcast conditions meant that the night temperature in the city remained around freezing point.

The officials said the minimum temperature in Srinagar the summer capital of Jammu and Kashmir was 0 degree Celsius on Monday night.

The ski-resort of Gulmarg was the coldest recorded place in the valley.

Meanwhile, Kashmir is currently under the grip of ‘Chillai-Kalan’ — the 40-day harshest winter period when a cold wave grips the region and the temperature drops considerably leading to the freezing of water bodies, including the famous Dal Lake here as well as the water supply lines in several parts of the Valley.