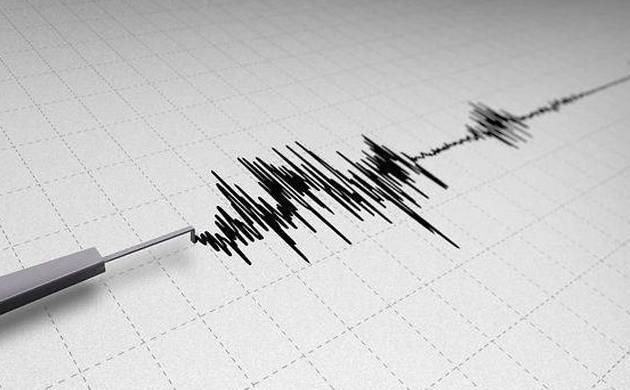 SRINAGAR: A moderate intensity earthquake measuring 5 on the Richter scale jolted Jammu and Kashmir on Thursday; although no report of any casualty or damage to property has been received from anywhere so far.

Officials of the disaster management authority said an earthquake measuring 5 on the Richter scale occurred in J&K at 5.35 a.m. on Thursday.   “The epicentre of the earthquake was in Gorno-Badakhshan area of Tajikistan. Its coordinates are latitude 37.49 degrees north and longitude 71.85 degrees east.
“It occurred 108 km inside the earth’s crust”, an official of the disaster management authority said.
There was no immediate report of any casualty or damage to property so far although the tremors were felt in Srinagar city and some other parts of the Valley.
Kashmir is situated in a seismologically sensitive region and temblors have wrought havoc here in the past.
Over 80,000 people were killed on two sides of the line of control (LoC) by an earthquake that occurred on October 8, 2005. The earthquake measured 7.6 on the Richter scale.