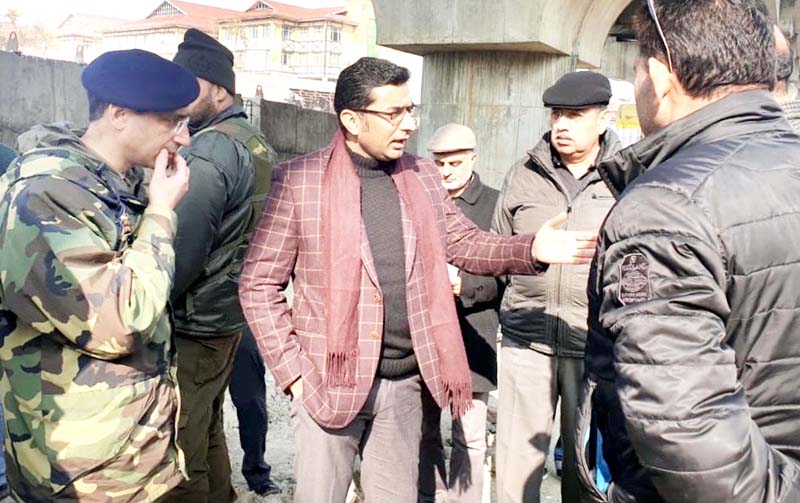 Rs 200 crore has been kept for the youth engagement in J&K Union Territory’s budget by the Central government. To make the initiative effective and result-oriented, the UT Government Tuesday appointed senior IAS officer Dr Shahid Iqbal Choudhary as Chief Executive Officer of the 'Mission Youth'
FacebookTwitterPinterestWhatsApp

New Delhi/Jammu: Coinciding with the appointment of a high-profile bureaucrat as Chief Executive Officer of the ‘Mission Youth, the Centre has allocated Rs 200 Crore for upliftment and employment of young people in Jammu and Kashmir.
In a major initiative to reach out to the youth, the Jammu and Kashmir government plans to spend Rs 200 crore for their upliftment and employment during the next financial year.

Rs 200 crore has been kept for the youth engagement in J&K Union Territory’s budget by the Central government. To make the initiative effective and result-oriented, the UT Government Tuesday appointed senior IAS officer Dr Shahid Iqbal Choudhary as Chief Executive Officer of the ‘Mission Youth’.

A Prime Minister awardee twice in the recent past, Dr Shahid earned the reputation of a highly effective and quick decision making officer as Deputy Commissioner Srinagar during the most challenging times over the last two years. Shahid is the only officer in the last two decades who has served as Deputy Commissioner in six districts -Reasi, Kathua, Udhampur, Rajouri, Bandipore and Srinagar. He also spent a year-long stint in the office of then Chief Minister Mehbooba Mufti along with charges of Director of Information and Public Relations as well as Managing Director Tourism Development Corporation.

The Mission Youth would facilitate establishment of required organizational and administrative structure for proactive outreach and purposeful engagement of the youth of the Union Territory,” an official spokesman had said after the Administrative Council approved the proposal of registering the organisation as a Society.

“Youth engagement through “Mission Youth is another major initiative of the Government of J&K for their upliftment and employment. A provision of Rs.200 crore has been made during 2021-22 for this initiative,” read a document of government of India outlining the initiative.

The ‘Mission Youth’ was set-up for engaging and channelizing the youth of J&K through systematic livelihood generation programmes but it has not made much progress yet.

Last month, the administrative council headed Lieutenant Governor Manoj Sinha approved the proposal to register the “Mission Youth” as a Society under the Societies Registration Act.

The Mission Youth envisions engaging with 80 per cent of J&K’s youth population over the next five years and transforming them into a propelling force for socio-economic development of the Union Territory.

It is pertinent to mention that the mission has partnered with institutions such as ICICI Foundation, BSE Institute and Ashok Leyland for enhancing skill and employability of the youth.

The empowerment of young people in Jammu and Kashmir is a key area in which Prime Minister Narendra Modi has been taking personal interest to see them becoming self reliant.