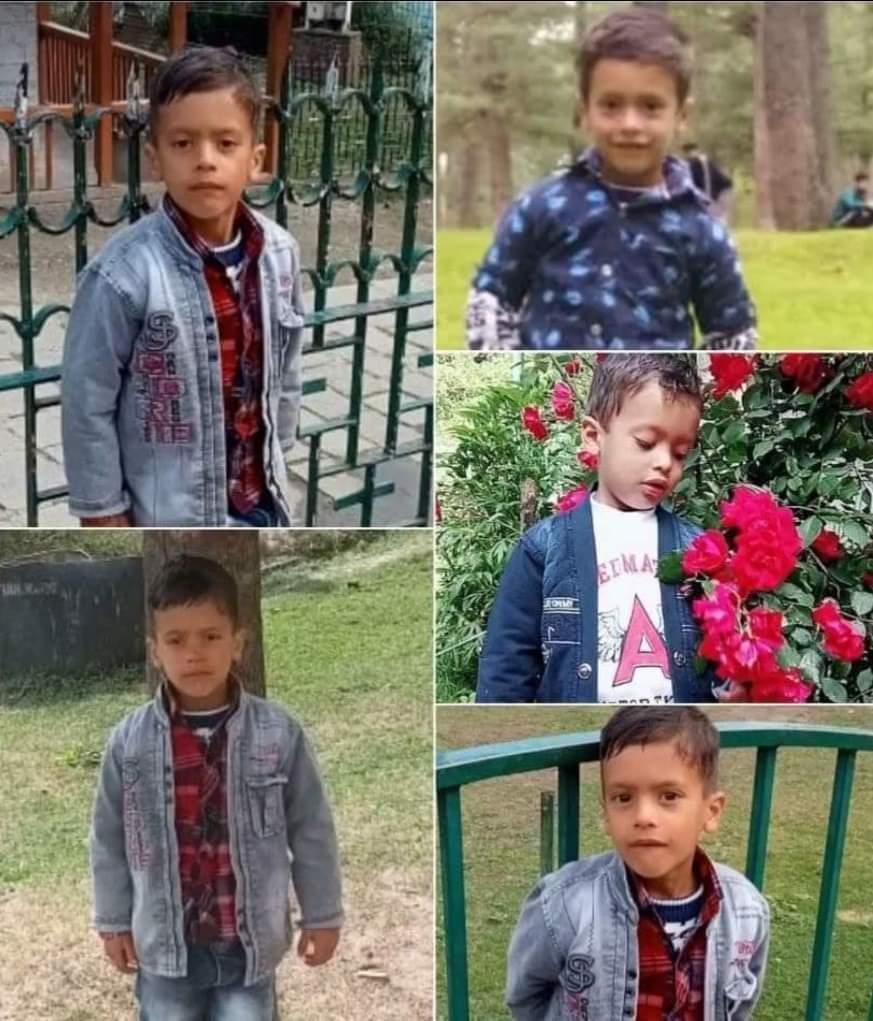 KUPWARA: A seven-year-old boy, who had gone missing from his home at Awoora village of North Kashmir’s Kupwara district on February 15, was found dead on Tuesday at Awoora forests, leaving the family shell-shocked.

“Yes, the body of Talib Hussain Khan, 7, a resident of Awoora village was recovered today and has been sent for post—mortem while an investigation has also been launched in the case,” Officials told.

“Whether the missing child was murdered will be revealed only after the autopsy report,” they said. Another official said, “It’s a tragedy. The police officers who had been searching for the Talib had hoped he would be found alive, but unfortunately it did not happen.”

As already reported that on February 15, Talib, who was playing outside his residence, did not return home as usual. After having searched for him all over the area, his family lodged a complaint at the local police station.

An FIR was immediately filed and searches were carried out by multiple police teams, but nothing was found till date, the official said—(KNO)