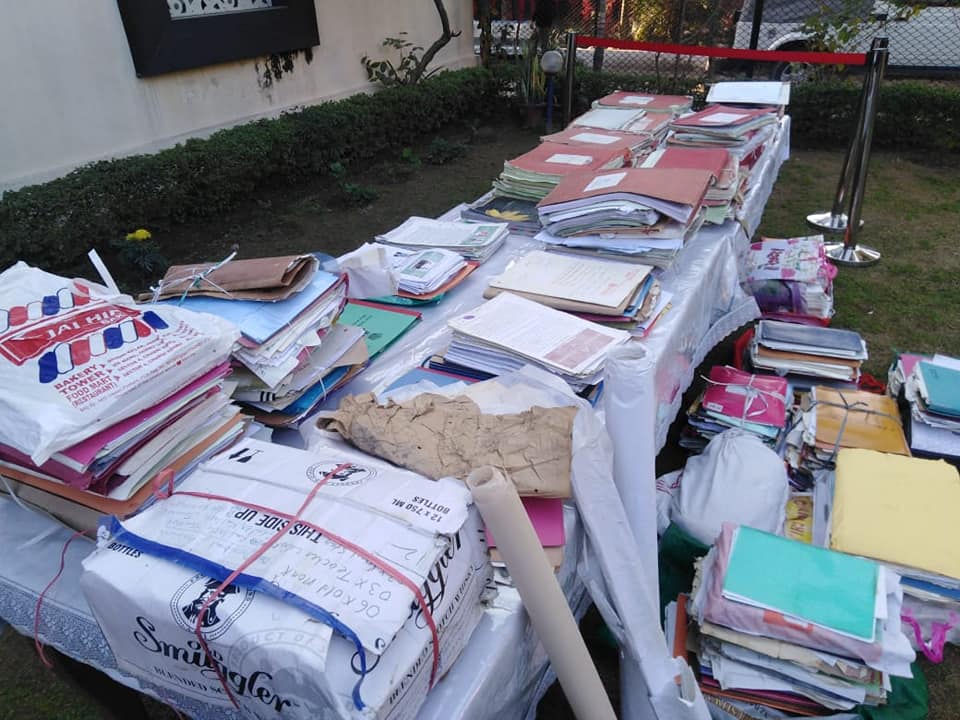 JAMMU: Authorities on Sunday arrested a few retired revenue officials and property dealers and recovered ‘unaccounted’ cash worth Rs 26 lakh as well as the revenue records during the raids at 21 locations of Jammu and Samba district in connection with a case registered regarding missing revenue records of Chowadi and Sunjuwan of Tehsil Bahu.

Official spokesperson told that as part of the ongoing investigation, a case under FIR number 182/2021 lodged on 07-11-2021 in Police Station Channi Himmat regarding missing revenue records viz. Lathas, Masavis etc. of village Chowadi and Sunjuwan of Tehsil Bahu, joint raids by Jammu Police and Revenue authorities at multiple locations were carried out in the wee hours today, which are still continuing at few places.

The spokesperson added that searches were conducted at 21 locations of ‘known’ land grabbers, property dealers and serving and retired revenue officials who had been on the radar of the authorities.

“Three serving revenue officials, five retired revenue officials and eight private persons, who had been allegedly involved in murky land deals, forgery and destruction of revenue records, land grabbing and encroachments over state land based on the inputs received from various sources were raided by the joint teams,” he added.

“Further, searches were carried out as per laid down procedures consisting of 21 separate teams and comprising of Executive Magistrates, Police Officers and other officials including lady constables and independent witnesses,” the statement reads.

It further reads that the areas were segregated into sectors, each being supervised by SP and DySP rank gazetted police officers.

“The whole process was closely supervised by senior officers of police and revenue administration, maintaining full confidentiality,” the spokesperson said.

The spokesperson further added that revenue records in various forms and in huge quantities have been recovered during searches including various incriminating documents, papers pertaining to land deals, bank locker keys—the contents of which will be verified in due course of investigation.

“Unaccounted cash amounting to Rs 26.63 lakhs has also been seized during searches. The agencies are also looking into the aspects of money laundering, dis-proportionate assets, invoking provisions of Prevention of Corruption Act, PMLA Act, etc,” it reads.

The statement reads that many persons raided today already have cases registered against them in the past under various penal sections.

“It pertinent to mention that the seized documents include original Jamabandis, Roznamcha Registers, Lathas, Mussavis and trace maps especially of revenue villages Sunjwan and Chowadhi. Arrests of a few retired revenue officials and property dealers have also been made. Scrutiny of the seized documents is going on minutely and further arrests are likely.”

It further reads that the government is committed in its resolve to eradicate any kind of corruption from the Revenue Department.