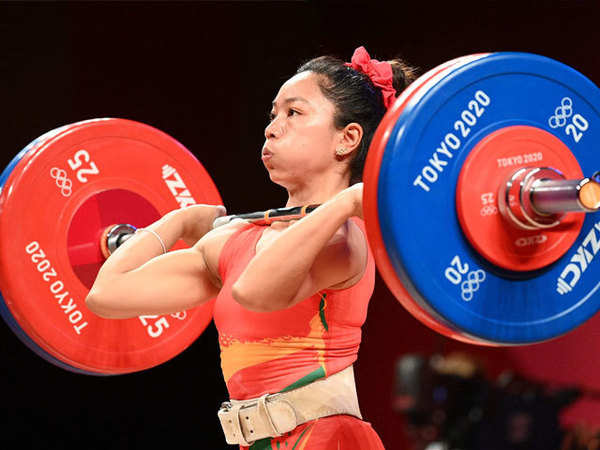 On Day 2 of the Tokyo Games, Mirabai Chanu secured the country its first medal at Tokyo Games by winning a silver medal in 49kg weightlifting.

It is a huge matter of pride for India as the Team India contingent has won its first-ever medal at the Tokyo 2020 Olympics. The Tokyo Games started on Friday (July 23) and India have got off the mark with flying colours as weightlifter Mirabai Chanu has won the country her first-ever medal, in the form of a silver medal on Saturday (July 24).

Engaging in Women’s 49kg weightlifting – Clean and jerk event, Chanu lifted 84, 87 while 89 was declared for third but she couldn’t succeed in the final attempt.

The veteran then finished 2nd in the Snatch event, behind China’s Zhihui who finished with a resounding lead up her sleeves. Clean & Jerk, however, has been Mirabai’s forte — with she even holding a world record (119kg) — but she fell behind this time around.

Later, Chanu successfully lifted 110kg in her first Clean & Jerk Attempt; guaranteeing herself and the nation a medal with the lift in the process. In her second attempt, Chanu successfully lifted 115kg of Clean & Jerk. While she missed out on a gold medal — to China’s Zhihui — the country is beaming in pride with her opening the account for the Indian contingent with a silver medal.

As soon as Mirabai got India on the board in terms of medal-tally, the wishes are pouring in for her from all corners. Needless to say, the whole of India is glued to their television sets to watch the proceedings at Tokyo Games.

For the unversed, with this momentum win, Chanu has become the second Indian weightlifter to claim an Olympic medal. She joins Karnam Malleswari, who had bagged bronze in the 69kg category at the 2000 Sydney Games. Back then, the weightlifting arena was opened for women for the first time ever.

Earlier in the day, the Indian men’s hockey team had also got off to a winning start, beating New Zealand 3-2 in their Pool A encounter.