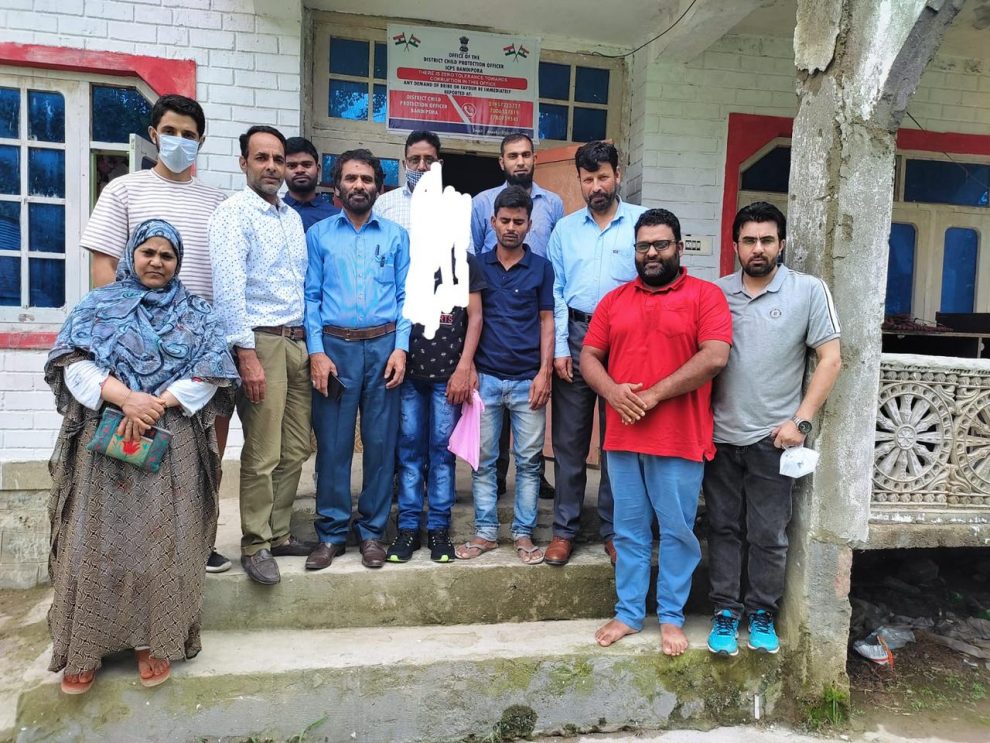 BANDIPORA: The officials of District Child protection unit, Child Welfare Committee, Police Bandipora and State Police of Assam re-united a minor child, who was trafficked from Assam, with his parents, officials said on Friday.

An official told that the child was trafficked from Assam and District Police Bandipora found him in Sumbal and produced him before Child welfare committee Bandipora through Protection officer NIC.

He said after following due course of law the child was reunited with his parents, who hailed the role of the child welfare committee, DCPO, DCPU and Bandipora police.

Gowhar Mahmood, protection officer, NIC said, that it was a joyous moment for child protection services Bandipora while reuniting the child with his parents.

Chairperson, child welfare committee Bandipora, GM Mir said: “We must break the chain of human trafficking by keeping vigil on every suspicious act and incident and people of Bandipora should feel free to share any inputs with us. Today we succeeded to reunite a child from Assam with his parents, who were accompanied by the State police of Assam.”—(KNO)