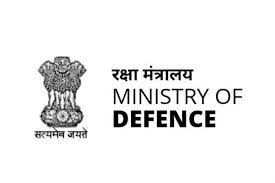 The second draft of the Defence Procurement Procedure (DPP), titled as ‘Defence Acquisition Procedure (DAP) 2020’, has been uploaded by the Ministry of Defence (MoD) inviting suggestions and comments from the various stakeholders and general public on Tuesday.

“It may be recalled that the first draft DPP 2020 was web hosted and comments/recommendations/suggestions were solicited from various stakeholders by April 17, 2020; later extended to May 8, 2020. Since then, suggestions were received from various stakeholders, services, industry running into more than 10,000 pages,” the MoD’s Acquisition Wing Secretariat stated.After an analysis of these comments received from various agencies, specific interactions were also carried out with the entire spectrum of stakeholders, both in person and via web conferences in order to understand their precise concerns.The amended second draft has since been finalised by the review committee driven by tenets of defence reforms announced as part of the ‘Atmanirbhar Bharat Abhiyan’ and has been placed in the public domain.Specific comments on the same are once again solicited on the amended draft latest by August 10, 2020, it added.