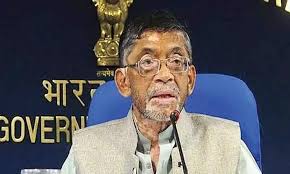 Employees’ State Insurance Corporation (ESIC) has taken several significant decisions to improve its service delivery mechanism and to strengthen the medical infrastructure benefiting its Insured Workers. The decision was taken during the 184th Meeting of ESIC which was held under the chairmanship of Minister of Labour and Employment Santosh Kumar Gangwar.

ESI Corporation has decided to construct 300 bedded ESIC Hospital including 50 bedded Super Specialty beds and Staff Quarters in five acres of land at Haridwar, Uttarakhand. After construction, the hospital will provide medical care services to around 2.55 lakh insured workers and  their family members. Besides, the ESIC has also approved the project of construction of 350 bedded Hospital with an additional 50 bedded SST Wing and 128 Staff Quarters in a plot area of 8.72 acres at Sheelanagar, Vishakhapatnam.

The proposed hospital will provide medical services to around 14 lakh beneficiaries covered under ESI Scheme in Vishakhapatnam and surrounding areas. The decision to establish Negative Pressure ICU at ESIC Super Specialty Hospital and  Medical College at Hyderabad in Telangana was also taken during the meeting. The establishment of Negative Pressure ICU will decrease the burden of infection to the health care workers and will also decrease secondary infections to other critically ill patients admitted in the ICU.

The ESIC has also provided relaxation in contributory conditions to avail sickness benefit to the insured women availing maternity benefit. The Ministry of Labour and Employment said that after the enhancement in duration of maternity benefit from earlier 12 weeks to 26 weeks, in some cases insured women were not eligible to avail sickness benefit in the corresponding benefit period after availing maternity benefit. The mandatory contributory conditions of minimum 78 days were not met being the insured women under receipt of maternity benefit and leave. The Ministry said, in such cases, it has been now decided that an insured women will be qualified to claim sickness benefit in the corresponding benefit period if the contribution in her respect were paid or payable for not less than half the number of days available for working in such shorter contribution period.The relaxation will be effective from 20th January, 2017, the date from which the enhanced duration of Maternity Benefit is effective.

ESIC has  also decided to extend the relief to the insured persons by relaxing the contributory conditions for availing the sickness and maternity benefits for the benefit period of 1st of January, 2021 to 30th June, 2021. The Ministry said, now, an insured woman will be entitled to avail maternity benefit, if the contributions were payable not less than 35 days in immediately preceding two consecutive contribution periods. 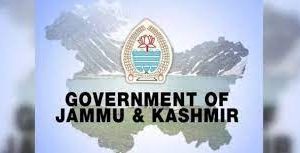