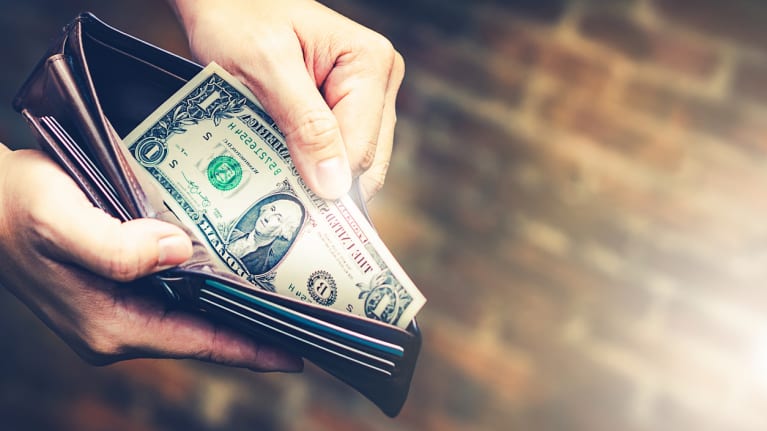 A recent study commissioned by the Economic Advisory Council (EAC) has backed universal basic income to reduce the income gaps as well as devising an urban MGNREGA to rehabilitatesurplus labour. “Raising minimum income and introducing universal basic income are some of the recommendations that can reduce the income gap and equal distribution of earnings in the labour market”, according to the report prepared by the Institute of Competitiveness. While such a policy may help in gearing employment, it is essential to point out here that even in the MGNREGA, there is a lot of disparity as States pay different wages to beneficiaries.

Undeniably, the need for a national minimum wage in the country, which has been aired time and again, is an essential necessity. But there have been no efforts in enforcing such a wage policy. There is need for the government to formulate and enforce a minimum wage across the country to minimise labour exploitation at a time when prices of petrol, diesel and other essentials keep rising.

In the last Parliament session, RJD Rajya Sabha member Manoj Jha, raised the issue of revising the minimum wage and referred to the expert committee headed by labour economist, Anoop Satpathy. The 2018 report had recommended fixing the need-based national minimum wage for India at Rs 375 per day or Rs 9,750 per month. Plus, it recommended introduction of an additional house rent allowance (city compensatory allowance) for urban workers over and above the National Minimum Wage.

Regrettably, the Centre did not act on the reportand instead announced formation of another expert group for consideration of minimum wage. The Satpathycommittee had worked out an evidence based formula of a balanced diet of 2400 calories, 50 grams of protein and 30 grams of fat per day per person. It had added some expenditure towards clothing, education and housing and multiplied the cost by 3.6 to include the spouse, two children and elderly parents. Currently, the minimum wage notified by most of the States is Rs 200-oddper day.

Every year, the Centre notifies a National Minimum Floor Level Wage too that is not binding on States. The last floor level wage, notified in July 2017 was Rs 176. Under the Code on Wages passed by Parliament in August 2019, the Centre can notify a national floor wage on the basis of its assessment of the minimum living standards. No State can prescribe a minimum wage below this floor wage. But the rules are yet to be framed and the floor wage is yet to be notified.

Meanwhile, the Centre increased wage rates under the Mahatma Gandhi National Rural Employment Guarantee Act (MGNREGA) by 5 to 7%, but the revised accounts still fall short of the minimum wages that had been notified by the States for similar unskilled work. Sikkim has the highest daily payment of Rs 333 under the MGNREGA for 2022-23. But MGNREGA workers in Madhya Pradesh and Chhattisgarh will receive a daily wage of Rs 204, the lowest among States, up from Rs 198, while workers in West Bengal will get Rs 223 for a day’s work, a hike of Rs 10.

The amount varies, based on difficulty of terrain and working conditions. Nikhil Dey of Mazdoor Kisan Shakti Sangathan in Rajasthan said the minimum NREGA wages remaining lower than the States’ payouts amounted to denial of basic standards of living to those opting for the national job scheme. Though an expert committee under Mahendra Dev had in 2014 recommended that MGNREGA rates cannot be lower than the States’ minimum wage for agricultural workers, the Centre is not implementing the report.

And though the Centre has increased wage rates, according to official data of Rural Development Ministry, there is a negative balance of Rs 15,190 crore on March 23 this year, which may increase to around Rs 15,500 crore by 2021-22 end. With reduced budgetary allocation, work under the scheme may not be possible for over nine months or so. This at a time when unemployment in urban areas in the 15 year and above age group showed 9.8% in July-September quarter of 2021, moderating from the double digit in the previous three month period (12.6%) though, however, a later figure revealed that it was around 7.6% in March.A section of analystsattribute this to the fact that poor people in rural and semi urban areas cannot afford to remain unemployed for long as a result of which they are taking up any job that comes their way.

These aspects are very important, one of wage rates and the other of employment generation. Both are crucial for upgradation of livelihoods but sadlyboth Centre and most States are not serious. The latest CMIE figures suggest an unemployment rate at 8.1% with 53 million people without jobs. The unemployment rate peaked to 11.84% in May 2021, while it hovered to just around 4% in 2013-14 when Dr Manmohan Singh relinquished office.

Though the Code on Wages, Industrial Relations Code, Social Security Code and the Occupational Safety, Health and Working Conditions Code, which replace 29 labour laws were adopted, these are yet to be implemented. Also setting up National Social Security Fund to cover over 38 crore informal workers and improve the case of doing business is among the top agenda for the Labour Ministry.

While the government claims it is doing all it can to ensure better wages and working conditions for the labour class, the Opposition hits out saying that “Modi is doing everything for his capitalist friends; they are earning Rs 1000 crore daily. But he is not interested in creating jobs because he knows he can win by misleading people on emotive issues”. Even the corporate social responsibility (CSR) has not been quite effective and has neither helped in creation of jobs nor helped in development of social infrastructure, that is, in the realm of education and health.

While we talk of economic growth, there is need for formulating a policy based on wages and employment. The current situation has seen a thrust of our politicians and planners geared towards increasing incomes of the business class and the rich. In pursuing this policy, instead of effective public-private participation, the policy followed by the government is to play into the hands of the private sector by handing them over profitable public sector units.

Understanding of developmental economics is vital for formulating a policy for increasing wages and employment that obviously benefits the lowest segments of society. Unfortunately, the policy makers have for years been either ignorant or prefer to remain indifferent to the needs and demands of the masses, which primarily includes better livelihood opportunities.

Thus there is a need for a genuine transformation that would witness proper wages and adequate employment opportunities for the working class. Though the economy has been steadily recovering, a change would mean steady increase in wages commensurate with price increase and slow but steady rise in employment.