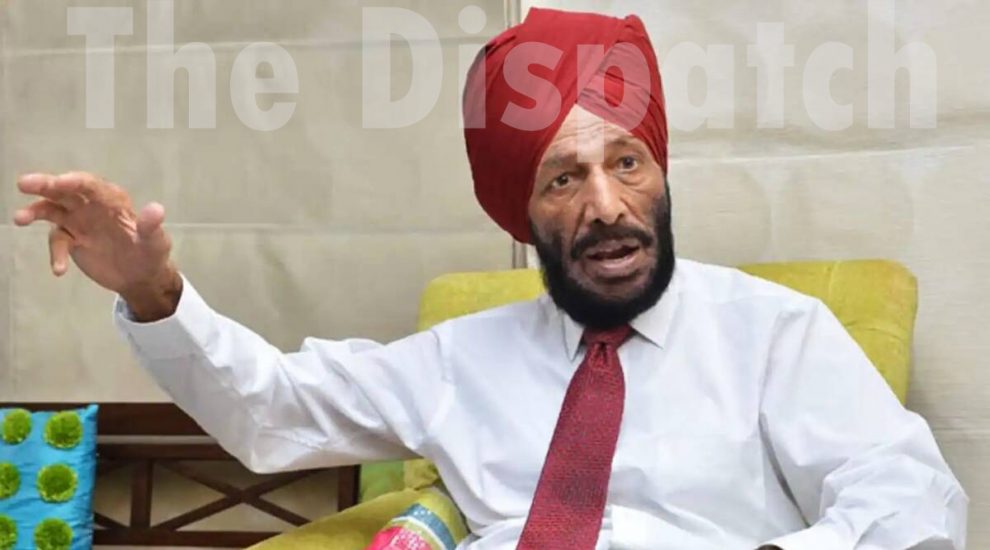 30 days after he contracted the Covid-19 virus and five days after the demise of his wife 85-year-old Nirmal Milkha Singh, Flying Sikh 91-year-old Milkha Singh breathed his last at PGIMER on Friday night. The 1958 Commonwealth Games champion and 1960 Rome Olympian had contracted the virus on May 20 after one of their family cooks tested positive and was admitted to a private Mohali hospital on May 24. Singh had been discharged on May 30 before he was admitted to the Covid ward in the Nehru Hospital Extension at PGIMER on June 3 due to dipping oxygen levels. The former Indian athlete had tested negative for Covid-19 on Thursday earlier this week and was shifted from the Covid ICU to the medical ICU at PGIMER.

Singh, who was born in Gobindpura now in present-day Pakistan on November 30, 1928 as per school records, had become the first Indian athlete to win gold in the then British Empire and Commonwealth Games in Cardiff in 1958, a record which stood for more than 50 years when Krishna Poonia won the gold in discus throw event in 2010 CWG at Delhi. Singh had emerged as the winner in the 400m final at Cardiff edging out Malcolm Spence of South Africa with a timing of 46.6 seconds.

While Singh had also won four Asian Games gold medals including the 200m and 400m wins in the 1956 Asian Games and 400m and 4X400m relay in 1962 Asian Games, Singh’s biggest moment of glory or miss came in the 1960 Rome Olympics where he finished fourth in the 400m final at the Rome Olympic Stadium to miss out on the bronze medal in a photo-finish to Spence. Singh’s then-national record timing of 45.6 seconds at Rome was broken by Paramjeet Singh later in 1998.

Milkha Singh with his wife Nirmal Kaur. (Express Archive)
Singh is survived by three daughters Dr Mona Singh, Aleeza Grover, Sonia Sanwalka and son Jeev Milkha Singh. Golfer Jeev, who is a 14-time international winner, too is a Padma Shri awardee like his father and had been coordinating with the medical staff at PGIMER along with his elder sister Dr Mona Singh since last month.

Delhi—J&K talks: Will meet to discuss strategy if we get invitation from Delhi: Dr Farooq Abdullah
Positivity rate of J&K drops to 1.3%;  9 districts are in Green Category: LG
Comment